Satire is alive and well and available free on Amazon

I missed this when it was first published in the Guardian  last week but it did bring a few chuckles when I caught up with it!

Apparently putting spoof reviews on Amazon is becoming a cult craze. I must admit I have come across one or two but then I was probably not looking in the right place.

Spoof reviews posted on Amazon have sent demand for the most unlikely merchandise soaring and are playing havoc with the online giant's famed algorithms, the complex formulas that recommend what else buyers of a particular product may be interested in purchasing. 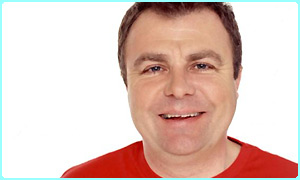 The current must-have item heavily lauded by the spoof reviewers is a £50 canvas print of the TV presenter Paul Ross. Mugs with the same image costing a more modest £8.99 are selling well, with Amazon suggesting that customers also buy a particular bottle of methylated spirit attracting the sort of reviews normally associated with Château Latour.

So far 471 people have enthusiastically reviewed the Paul Ross print, with one explaining: "I've ordered four of these now: one of them is above the fireplace and is naturally the pride of our entire home. On the second canvas I've cut out the section where Paul's face is, and when I drive to pick up the kids I wear the canvas and pretend that I'm a famous celebrity dad, the kids simply love it."


One reviewer of the Ross print purrs: "On first encountering this seminal artwork, one is reminded of the great depictions of the Christ in Renaissance paintings. The subject's gaze – warm, but penetrating; wise, but honest – harks back to such works as Caravaggio's Supper at Emmaus." 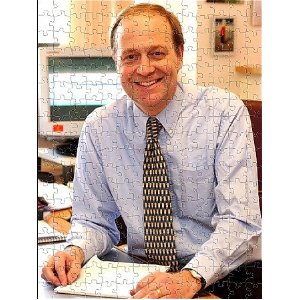 "It simply doesn't matter how bad a day you may be having – knowing you have the Humby jigsaw to come home to just makes everything better,"

The Ross and Humby prints and mugs are sold by Media Storehouse, which turns more than 2m images, culled from several major photo libraries, into merchandise.

"Some of the reviews could have been written by professionals; they're really very funny," said Matt Hamer, the company's director, who became aware of how the spoof review trend was creating a market for unlikely products about three years ago. In the beginning there were a few hundred reviews driving demand, but Hamer says there are now thousands. "People are trying to outdo each other," he said. "Quite a lot is bought by students. It came completely out of the blue; there was no reason why the images should have been picked up. There was a picture of Su Pollard with a Kiss Me Quick hat which was popular for a while, but Paul Ross has been by far and away the biggest success."

Demand for the bizarre merchandise is the culmination of a trend that started almost a decade ago when a handful of spoofers targeted some unlikely products. A 75-metre roll of tinfoil has garnered 223 enthusiastic reviews and has become something of a cult forum. A typical reviewer extols the product as "sensational", explaining: "When you roll it out of the box it creates a smooth, silky feeling across my skin." 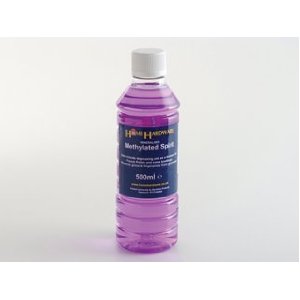 And so it goes. Perhaps my favourites are the reviews of Barrettine Methylated Spirit

To be tempted by this heady brew to some seems strange. So much so that even I, a fourty year veteran of Barretine's finest seem unable to grasp at words for a suitable description that will do it justice. Indubitably it is the incandescent colour which first beguiles and draws you in, one glance and you are under its spell. Is it radiant eggplant or husky lilac? That's for you to decide.

Once in your hands you instinctively reach for the cap, fondling it, weighing it up, and cushioning it, ready to strike out a deadly blow as a gladiator would to the neck of a vanquished foe. You begin to apply torque. Easy now, savour the moment, you won't open a Barretine every day so make this one count. In a flash, a twist and yet more twisting is required. You wait patiently for that first sweet sound, that clickety clack of the childproof cap that overloads your eardrums as though someone has poured warm honey over and into your lobes. To dwell longer seems a waste as you hurriedly continue to turn the cap, like a modern day Aladdin you feverishly rub away at the lid until the genie is released. Then it hits you!

You feel giddy, dizzy and almost childlike as the opulent fragrance is released from its polyvinylchloride prison, you are now the liberator and soon to be vanquisher of this elixir. Your olfactory is overwhelmed as the fragrance dances over your senses like the fleetest of foot from the Russian Bolshoi.

The expectation is building as you desperately try to calm yourself before allowing your final sense to be courted by the Barretine, taste. You've been planning this for days, waiting for the Amazon delivery boy to pass this gauntlet to you not unlike a relay racer on the final leg and YOU ARE going to bring this baby home.

A glass would be too proper, in normal circumstances a well-used and chipped mug with its earthy glaze would be a fit but not today, oh no Barretine has seen to that. It's clear plastic shell not only lures you by acting as a window to the liquor within but today will suffice as the perfect vessel from which to decant this particular pick-me-up down your eager gullet.

No lollygagging, the first sip will be a generous one, at least four fingers worth and so it begins. It burns a deep burn that feels as though your organs are made of bone dry kindling and this drink is pure fire. Every fibre of your being begs you to stop but deep down you know you bought a one way ticket on a one way train. The journey maybe rough to start but the destination is pure heaven. Berratine, you have me like so many others in your spell, bravo Berratine, bravo!
Posted by jams o donnell at 3:56 pm

Reading The Poor Mouth creates enthralling, incandescent, rejuvenating, effervescent feelings. The outside sky might be gray and subdued but, as soon as your eyes read Jams'words, the sun ineffugibly jumps into a panoply of irradiating, triumphant colours. Never again will your life be dull and ineffectual. Believe me, The Poor Mouth is a metagrobolizing, improworsement life experience. Don't miss it! (It's also FREE!)

Haha Claude you should be a reviewer yourself!

You'll have to work pro bono for a while!