From the Battleship Potemkin to a Dublin chip shop 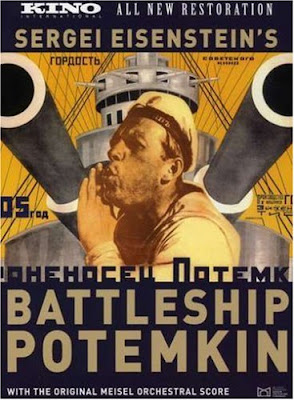 It is wonderful how flitting from one link to another can bring you to somthing utterly fascinating. I was at a Wikipedia site that listed the last veterans of a lot of military conflicts from the 18th century onwards. One of those listed was one Ivan Beshoff, the last survivor of Battleship Potemkin mutiny in 1905.

According to an obituary in the New York Times he was born near the Black Sea port of Odessa. He abandoned chemistry studies and joined the navy, serving in the engine room of the Potemkin.

The mutiny over poor food was the first mass expression of discontent in Czar Nicholas II's military and later came to be seen as a prelude to the 1917 Russian Revolution. The mutineers killed the captain and several officers. The entire Black Sea fleet was ordered to suppress the rebellion, but crews refused to fire on the battleship, and it sailed for 11 days before surrendering.

Mr. Beshoff said he fled through Turkey to London, where he met Lenin. He settled in Ireland in 1913, saying he had tired of the sea. He worked for a Soviet oil distribution company and was twice arrested as a Soviet spy, but became a beloved figure in the Irish community.

After World War II, he opened a fish and chips shop in Dublin.

The Beshoff family appears to be going very well in Ireland owning a high quality fish mongers in Howth and several high class restaurants in Dublin.

Here’s a link to an interview with Mr Beshoff that was conducted not long before his death
Posted by jams o donnell at 12:31 am

Wow, Jams, that's a grand story you dug out! Thanks.

A couple of links to Beshoff shop signs here, Jams.

Very interesting story, Jams. "Little people" still have problems in Russia. Plus ça change, plus c'est la meme chose! Thanks for the link to the shop, kellie.

Thanks Snoppy. Glad you found it as interesting as I did

Thanks Kellie. Theose links are great