Life is hard for endangered species, even if you are a member of the charismatic megafauna club like the tiger or the panda. However, if you are somewhat aesthetically challenged then the level of public interest in your plight plummets. An interesting article in yesterday’s Independent highlighted this issue 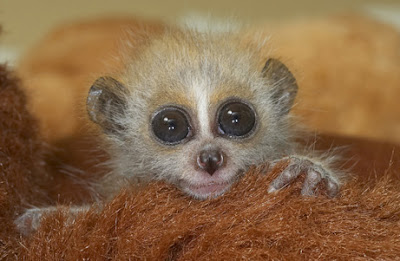 Last year on the Zoological Society of London's Edge website, which raises funds for animals on the verge of extinction, visitors could choose to donate cash to any of 10 individual species. Coming top in this endangered beauty pageant was the loris – a small, endearing primate with oversized eyes, like a character straight out of a Disney film. Bottom of the pile was the poor solenodon – a scruffy, ancient mammal which looks like a cut and shut of the animal kingdom.

This month the Zoological Society of London, prompted by news that 85 per cent of amphibians threatened with extinction were receiving almost no conservation, released a top 10 of cosmetically challenged salamanders and frogs. The list aimed to raise awareness of strange but unique creatures often overlooked in favour of the cute and the cuddly. "Traditionally, species have gotten noticed because we're innately attracted to them, like pandas, elephants and gorillas, which means we're more likely to get involved in their conservation," says Dr Jonathan Baillie, a scientist at ZSL. The good news is that ugly is now set to be seriously fashionable in the animal kingdom. "I think we're now in an era where people want to be exposed to things that are different, new and often extreme," Baillie says. There's an appetite for [ugly] creatures."

The ZSL's aim is simple: to get would-be conservationists to overlook the fact that certain creatures have been tapped with the ugly stick and love them instead for their weird and wonderful attributes. "The transformation from ugly to cute can be amazing," says Baillie. "The film Shrek has done that beautifully, where you start with a creature that people think is repellent and by the end of the film they're in love. And that's the process we're going through with some species – we're Shrek-ing them."

The ten creatures on the list are as follows: 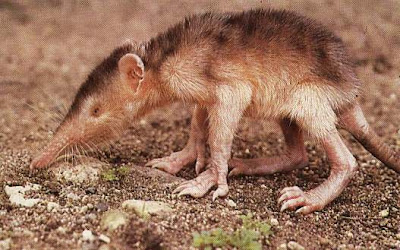 Only a mother could love the Solendon?
The solenodon can be traced back to more than 70 million. Time and evolution, however, have done little to improve its looks. There are two types, the Hispaniolan and the Cuban, with the latter being the uglier owing to a pronounced rat-like appearance and scruffy, patchy fur. "The Cuban solenodon looks like a giant dishevelled shrew," says Baillie. "We associate animals that are symmetrical and well-groomed as beautiful. So if something looks dishevelled we might think it has an association with disease."

The solenodon, which feasts on insects and can inject poisonous saliva into its prey, has been considered extinct at various times in the past century and is now classified as endangered. "In terms of ugly animals this one's a hero," says Baillie. 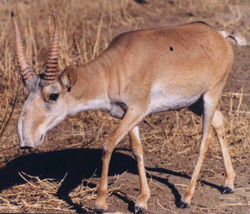 Who needs little green men?
"I would put this in the unusual category. You're not repulsed when you look at it. You think more of Star Wars," says Baillie of the saiga antelope's distinctive swollen proboscis. The antelope's horns, which look like carrots, are highly prized in the medicinal trade. Hunters chase the antelopes in vehicles and either shoot them or run them over. "If they die when they are excited and the blood is pumping then they are worth more. In the past, poachers collected them in thousands," says Baillie.

Found in Kazakhstan, with a sub-population in Mongolia, the saiga antelope population has had an "extreme crash" due to poaching. Cold winters and dry summers in Mongolia have also affected the species – it has now dropped from more than one million to just 50,000 in 10 years and considered critically endangered. 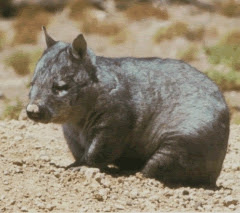 A big, heavy marsupial, the Northern hairy-nosed wombat is critically endangered, with not many more than 100 left, in one fenced-off colony in Queensland, Australia. The largest of all wombat species, it has lost its home to farming and has been threatened by introduced animals such as the dingo. "This wombat has a really blunt head and stocky features," says Baillie. "It looks strange because people won't be familiar with seeing one before. It's got a great name, though." 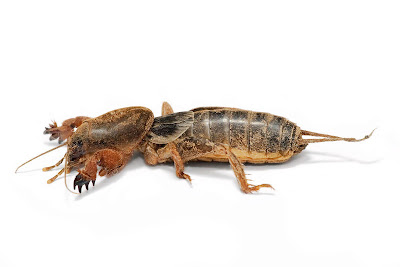 At six centimetres long, it's one of the biggest invertebrates in the UK, and has a velvety head and clawed feet like a mole. The mole cricket spends most of its time underground, coming out at night. They were usually discovered when ploughing fields but the use of fertilisers and pesticides has seen the population plummet dramatically. Buglife reckons the UK population may now be extinct. "It hasn't been confirmed in the wild recently – there have been a few possible records. But the UK contingent has probably gone."

The other members of the list are the Aye-Aye, Giant Salamander, Myers' Surinam Toad, Long-beaked echidna, Phoenix Fly and the Glutinous snail

Oh I hate Mole Crickets…they are the scariest looking things, so I am canvassing God to put them down.

You are one of the first people to ever have heard of the great man - fascinating indeed. Surprised there isn't more made of him in films, tv, etc.

Gosh, I got lost looking for your WW entry, just would like to say thank you for the nice comment you've left. TC

They're ALL cute... except the cricket. The cricket is scary.

Interesting group of creatures you posted! That mole cricket is frightening. I googled it, and the sources I found do not list it as existing in the UK. Which is good, because I'm returning to London in May, and I would be less than thrilled to see one of those. LOL.

Oh, I forgot. That PT mini-album was released in October. I had a copy before I saw them at the Forum in November! Next, I'm getting the 4-disc set of Steven Wilson's cover versions available from BurningShed. Yea you could say I'm a fan. LOL.

I think they look amazing Roland. I've never seen one at all.

I agree wholeheartedly garbo. He is someone who really deserves proper recognition.

Ah thanks 2Cents. I tend to be a prolific blogger.

I agree Ruthie except the cricket who looks amazing to me!

Back again LB? Steve playing in May? I misssed it last yer. I only saw an email a couple of days ago announcing its release. You are like me on Robyn Hitchcock and Hawkwind!

Aah, god help them all.

Agreed. I hope they do not die out because the collective We don't think they are pretty enough to save....