No surprise that the camera lies

The recent furore over a manipulated photograph of Beirut was utterly justified but is absolutely nothing new. The only difference between modern photographers and those in years gone by is the easy availability of computer software to do the donkey work.

The camera is the eye of history,' declared Matthew Brady, who took some of the best-known photographs of the American Civil War. Actually, there is no direct source for the quotation. Also, because of his poor eyesight, Brady himself didn't take many of the photographs commonly attributed to him. A number of 'his' pictures were actually taken by the team working for him. Still, we see what he meant: the camera shows what really happened, for the benefit of posterity. Philosophers might debate what 'really' really means but most people agree that a photograph, unlike a drawing or painting, 'quotes' directly from reality - hence its power as evidence.

Last week, the reliability of this form of evidence was again called into question when it was revealed that the picture of an Israeli air strike on Beirut had been manipulated by the photographer, Adnan Hajj. Smoke had been added, using Photoshop, to increase the scale and intensity of the destruction, Hajj insisted he'd only been trying to clear dust from his image - by adding more? - But Reuters immediately withdrew the picture and announced that it would no longer accept work from him. While taking advantage of the latest technology, it is part of a tradition almost as old as photography itself. 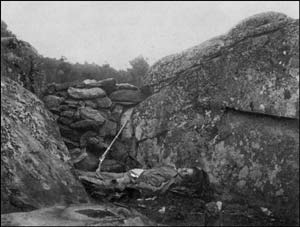 The Brady Sharpshooter
Some of Brady's Civil War work was actually done by Alexander Gardner who, in 1863, took a picture of a dead rebel sharpshooter at Gettysburg. It's a great photograph, well worth the effort of dragging the corpse 40 yards, propping its head on a knapsack (so that it faced the camera) and leaning a rifle (not the sharpshooter's, but one Gardner carried as a prop) against the barricade for dramatic effect. 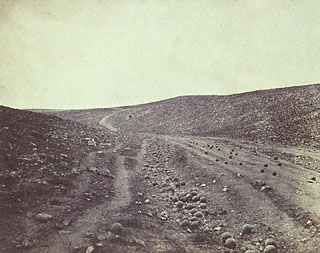 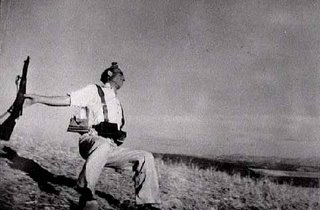 The Capa photograph
In both these early examples, the raw material has been adjusted in such a way as to enhance a more general truth (a poetic one, in Fenton's case). This kind of thing went on throughout the 20th century - Robert Capa's claim to have caught the moment of a republican soldier's death in the Spanish Civil War is still disputed - and continues today as photographers exploit the poignancy of a child's death by nudging cuddly toys closer to a blood-stained hand. What is surprising, Sontag suggests, is not that this happens, but that we are surprised and disappointed to learn that it does.

A different kind of ethical blemish attaches to manipulating the picture after it's been taken. It is, in other words, not the scene itself so much as the record of the scene that is considered sacrosanct. If the communist habit of airbrushing undesirable elements such as Trotsky out of history provokes laughter rather than opprobrium, that is only because it is so ham-fisted. This was the practice that elicited Milan Kundera's famous declaration in The Book of Laughter and Forgetting: 'The only reason people want to be masters of the future is to change the past. They are fighting for access to the laboratories where photographs are retouched and biographies and histories rewritten.'

The difference, now, is that anyone with a computer has access to these laboratories. Photographs can be retouched with the press of a button, almost as soon as they are taken. History can be changed as it happens, before it's even written. While the existence of untouched originals or negatives offered a standard against which any subsequent alterations could be compared, the digital revolution has done away with the primacy of the original.

Does this mean that the idea of truth itself is being undermined? On the contrary. The attendant uncertainties reaffirm a basic human longing for accuracy and verifiability. The fact that pictures can be so easily manipulated greatly enhances the value of those that aren't. Hence the strict rules that news agencies such as Reuters and newspapers such as this one impose on their photographers.

Though long-frustrated, the urge to create an objective visual record made the eventual invention of photography inevitable. The subsequent urge to tamper with that record is no less predictable but consider, by analogy, the premise behind another technological innovation. If human beings weren't programmed to tell the truth as they see it, how could a lie-detector ever be expected to work?

Even though a picture is now so easy to manipulate in my view it does not prevent an image from becoming iconic. I have set out below a few such photographs from the past plus a recent one that will sadly be one of those that sums up the invasion of Iraq. Photoshop aside there will still be great photographs in the future. 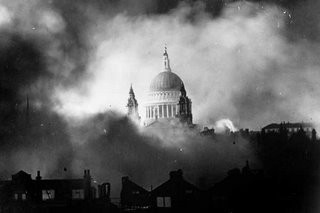 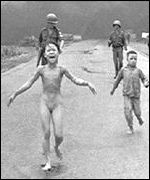 Kim Phuc as a child 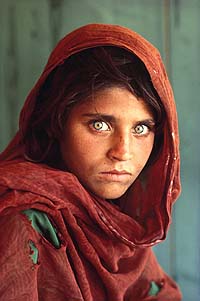 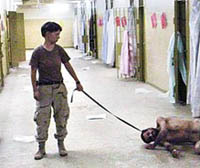 Last year I went to a brilliant exhibition of photos by Henri Cartier-Bresson, who famously said:

"Of all the means of expression, photography is the only one that fixes a precise moment in time. We play with subjects that disappear; and when they’re gone, it’s impossible to bring them back to life. We can’t alter our subject afterward.... Writers can reflect before they put words on paper.... As photographers, we don’t have the luxury of this reflective time....We can’t redo our shoot once we’re back at the hotel. Our job consists of observing reality with help of our camera (which serves as a kind of sketchbook), of fixing reality in a moment, but not manipulating it, neither during the shoot nor in the darkroom later on. These types of manipulation are always noticed by anyone with a good eye.

Thanks for this comment. I had not seen that quote before. It says so much about the photographer's art

I agree. This is one of your best yet. I can see and agree with a lot of what you're saying, as far as photographs capturing the emotion of the scene it's portraying as opposed to the scene itself.

Still, it bothers me to think that perhaps a lot of what we see is doctored or manufactured, especially when visual media is one of the most powerful mediums for information.

"especially when visual media is one of the most powerful mediums for information." - exactly. Though not only visual, but the one which can create icons.

Most of the words are not mine but those of Geoff Dyer. I merely edited it down a bit then topped, tailed and added the relevant photos.

Geoff Dyer certainly gives an awful lot of food for thought though given the power of the visual image. Even though it is so easy to manipulate images these days (not me though - Photoshop is an utter mystery to me!) I still think there will be iconic images even if they are of Lindy England and the like

There are Stalin and Che Guevara T-shirts. WE do have neo nazis. have you ever seen Hitler shirts? Or were the nazis too ugly for that?

The Only Hitler T Shirt I ever saw was a stupid tour style T shirt with Poland 1939, Norway 1940 etc on the back. I have never seen a stalin t shirt myself but it still beats me how anyone (even the fuckwits we used to consort with on the old FL chat room in Yahoo)could see Stalin as a hero rather than an evil butcher.

I saw several in Budapest, also Lenin T-shirts. No Beria shirts though: that would be absolutely authentic I guess.

I agree with the point of your piece; one does not need to doctor a photo to make it tell a desired story, and clearly the power of the medium has helped “adjust” our perception of history.

It would have to be Beria raping a woman to be really authentic I suppose Red! My sister brought me back a bust of Lenin from Budapest one time. After a while I though better of having it in the house and I threw it out.

I'm glad you like the Post. I think the Geoff Dyer's original article was brilliant, I had to blog it. I am a keen photographer myself but I don't pretend to be that good (look at some of the photoblogs out there and you will see what talented photographers there are out there!). Still it is an utterly powerful medium that is within the grasp of anyone. Anyone with a camera could be the one to capture the next iconic image