Given that the last person to serve in WWI only died earlier this year (Florence Green who died in February) it is perhaps no great surprise that there are still a number of competitors from pre-WWII games still alive.

There don't seem to be any survivors from the Paris games of 1924 but there is one known medallist from the 1928 Amsterdam games:

Clara Marangoni, born 13 November 1915 was just 12 years old when she won a silver medal as part of the Italian women's gymnastic team.


Athlete Evelyn Furtsch  won gold as part of the the US 4x100m relay team. Both the US and the Cnadian team finished the race in 47 seconds, a new world record time.The US team presumaby won on a photo finish (the 1932 games were the first time this technology were used) 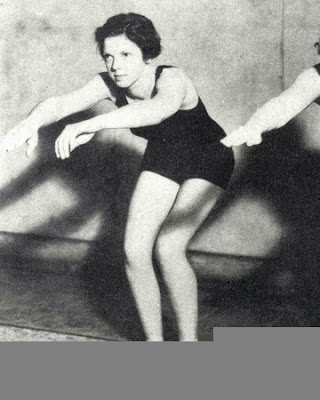 Swimmer Helen Johns was part of the victorious US 4X100m Freestyle Relay team. Helen and her team smashed the previous world and olympic record by nearly nine seconds. 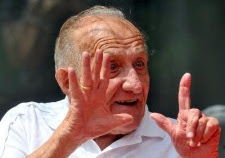 Sandor Tarics (above), at 98, is the oldest surviving Olympic champion. He won his gold medal as part of Hungary's victorious water polo tea. Now living in the USA he intends to attend the London Games... but not as a competitor!

American Adolph Kiefer who won gold at the 100m Backstroke. Kiefer broke the word and olympic records to win. 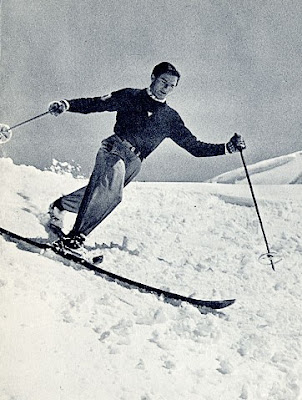 
Downhill skier Emile Allais won bronze in the men's combined event. The following year he swept the boards at the world championship in Chamonix winning the Downhill, Slalom and Combined events. 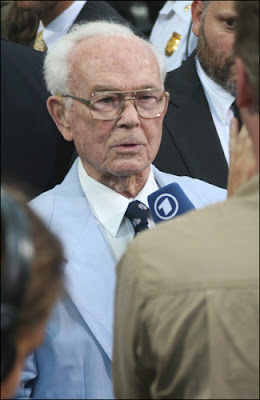 The oldest known Olympic competitor is Walter Walsh who is now 105 years old. He competed in the Men's Free Pistol 50m event at the 1948 London games, finishing in twelfth place. He is also the oldest surviving FBI agent, having been born a year before the bureau was founded.

Source of information for this post Here The information seems to be up to date but some of the above may have since died. My apologies in advance for any errors.
Posted by jams o donnell at 1:32 pm

Does is point to increased longevity among sportsmen? Oh well, I really don't want to know the truth at this stage of life...

Ha I don't think I want to know either!

Thanks for the information. I will amend the post