While most people had a laugh (as I did) over Jeremy Hunt's campanological malfunction another Tory MP probably wishes his name was just mud. 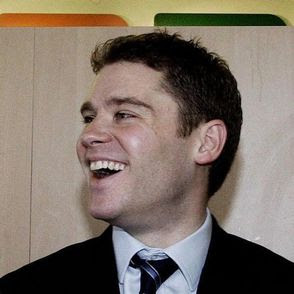 
The most leftie opening ceremony I have ever seen - more than Beijing, the capital of a communist state! Welfare tribute next?

Thank God the athletes have arrived! Now we can move on from leftie multi-cultural crap. Bring back red arrows, Shakespeare and the Stones!

Within minutes he faced a hail of indignation resulting in him trending on Twitter. A few minutes he tweeted this

Seems my tweet has been misunderstood. I was talking about the way it was handled in the show, not multiculturalism itsel

Not much of a back pedal from the arrogant fuckwit

Earlier this year he was sacked from a parliamentary private secretary post (an unpaid job acting as  dogsbody for a minister) after it was revealed that he attended a stag night in France where other atendees dressed in Nazi uniforms and praised national socialism. He even fucked up his "make amends"  trip to Auschwitz.

What a total ringpiece. Hopefully his tenure as MP for Cannock Chase will be short.

Methinks the deputy doth protest too much.

Danny Boyle may have been doing his social democratic version of We'reallinittogether, innit? within the Olympic stadium, but just outside there was the traditional British spectacle of police beating the crap out of unpatriotic malcontents.

Why do I get the feeling that, had Burley been in London during WWII, he would have been rooting for the Germans?

AH the last did not get widespread coverage....

WEll his friends probably would have rooted for the "away team"

Mmm... twitter again. At least useful to weed out the dorks.

Well it gives them a platform to show their stupidity to millions!