The theme of this week's PhotoHunt is Two. I returned to a favourite stamping ground for photographs, the churchyard of St Andrew's in Hornchurch, and noticed that there were a number of war graves with two occupants.

I have no idea who the Farrants were but looking at their age they must have been brothers. They died after the end of hostilities in November 1918. How sad to live through a bloody conflict like the Great War then die just after.

Mr Bruce died during WWI, his wife who also died just after the end of hostilities is buried with him. 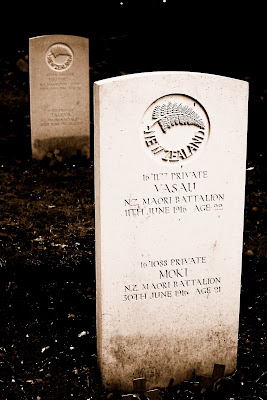 The story of the men from Niue who served in the Maori Pioneer battalion is very sad. See this earlier post for more information
Posted by jams o donnell at 12:01 am

that's a very sombre bunch of photos for the theme - but beautiful shots nonetheless! A happy weekend to you too! :)

Tombstones? That's really different from what I had in mind. Nice shots for the theme anyway. Have a lovely weekend! http://crizlai.blogspot.com/2007/08/photo-hunters-two.html

Great photos! I love your idea on two. Reminds me of many graves at the National Military Cemetery here in Nashville. I've walked in there with my camera a few times.

what a wonderful take on this weeks theme. Very serene and peaceful.

Alison said...
This comment has been removed by the author.
7:40 pm

Aw, that is indeed a sombre take on the theme 'Two'. Reminds us of the serious repercussions and sacrifices of war.

Very somber, but great pics. It's quite common over here to be buried in the same grave as your partner or other family members.

Have a great weekend :-)

I love spending time in cemeteries, they are so rich in local history. Happy photo hunting!

A little somber but very interesting! Have a great weekend!

Interesting shots, so many stories behind them...
happy weekend!

Nice photos! great way to remember the ones who have served for freedom a long time ago!

Doh Alison! I never thought to look up the Commomwealth war grave site. Thanks!

Those are great photos! Thanks for sharing. :)

Thanks for stopping by.

Thanks all for stopping by. That could be the answer jen. It did take a lot more lives across the world than the war itself.

I like the idea of the married couple being together, even in death. Very sad, poignant and touching.

I really think that graveyards in Great Britain are amazing. Most of the ones we have on the west coast of the U.S.A. are downright boring...
Your country is so old and has so much history. Enjoyed your photos and take on this weeks hunt...

Interesting shots. Graveyards can be fascinating places. I like to try to piece things together like you did.

I have read somewhere that graveyards in GB are interesting, like history lessons. You had a different take on this theme, Jams.

have a great weekend! :)

My husband and I enjoy going through old cemeteries. They are so peaceful and rich with history!

Great take on the theme this week.

A very great post and a very good find too.
Mine is up too.

It is quite historical and memorable...An interesting story too.

this is a beautiful and somber post. I thank you for it. There are so many tragedies there.

love the last shot and the color treatment. great idea for this week's theme! :)

So sad. And there would be lots of great love stories behind the graves of husband and wives. I dislike wars. Why can't men live in peace.

i've always loved to do a shoot in a graveyard. they have so many interesting subjects. i just hope the dearly departed won't mind! =D

thanks for sharing such a story. it's nice...

my 2nd photohunt is up already: Dear Me

Thanks all for your comments

Did nobody else have a problem with your link to the earlier post? I had to get to it through your tags because the link seems to think I'm masquerading as you!

Back to the subject at hand - a great post and great shots! Good to have something thought-provoking.

Tombstones, interesting, kind of unique too. Interesting to note also the stories behind the tombstones.

Thanks. A thanks for the heads up. I have repaired the link to teh Niue servicemen. Totally cocked up the link and pointed to the post edit.

Sorry this is so late.

Many thanks for those photos. I'm now all fired up and rarin' to go and visit Brookwood cemetery, just a few miles from here. Very interesting place and will do a post on it after my visit.

Thanks for calling by.

There is such a sense of history at old graveyards.

Old cemetery's are very interesting.
Mom used to do rubbings of the gravestones. In some places they've made it illegal.

Very nice photos for the hunt this week. I especially like the last one.

Great idea for the theme! I never knew there were two people buried in the same grave. It seems a bit odd to me. But, I guess to rest in peace with the one you love would be a good final rest.

Have a great Saturday and thanks for dropping by my birthday tribute. :)

Great shots! They are sad, yet beautiful.

Interesting! Thanks for stopping by.
The Daily Matters

my parents are oso buried in a tombstone for two :) it was my dad's wish

thanks for visiting my blog too.

Hope you are having a great weekend

Nice reminder to be grateful for the freedoms we enjoy. Photo Hunters

The first one is wonderful and very moving. How many families suffered losses like that? There must have been many.