A date for the diary: Hein Heckroth 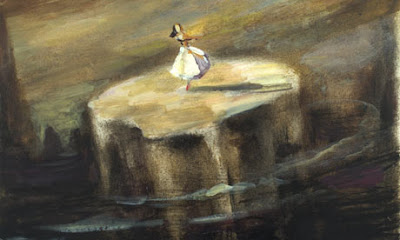 Today's Guardian reports that the BFI will hold an exhibition of paintings produced by German artist Hein Heckroth. 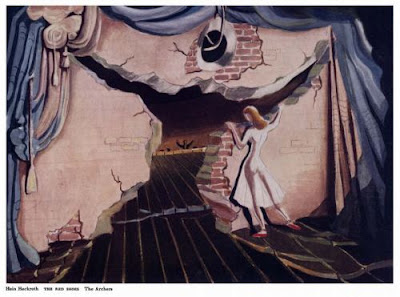 Michael Powell and Emeric Pressburger formed one of the greatest partnerships in British cinema giving us such gems as A Matter of Life and Death, The Black Narcissus and perhaps their "Sistine Chapel" the Red Shoes. 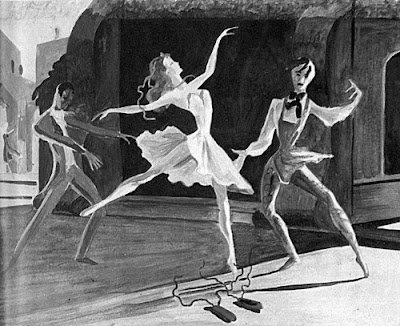 In advance of the release of a restored version of the Red Shoes, some of the 2,000 artworks Heckroth produced in his role as set designer (for which he won an Oscar) for the film are being exhibited from 26 November.

I am not familiar with his work but a search on the work he did for the Red Shoes certainly makes me want to visit the exhibition.
Posted by jams o donnell at 5:45 pm

It sounds like it will be an interesting exhibition.

I already like what I see. Thanks for the suggestion to go exploring for more examples.

There is something gloriously surreal about the design work. I must see the exhibition