Listening to the Hitchcock 1

I've been meaning to do some sort of guide to Robyn Hitchcock's discography for ages but I never got around to it.

However, the Economic Voice has asked for some advice on the best Robyn CDs to purchase

Robyn has an extensive discography having produced his first LP back in 1979 with the Soft Boys. Many of them are excellent, some are indispensable and a few are to be avoided at all costs.

The First Indispensable Robyn Album is the 1980 Soft Boys album Underwater Moonlight sadly it is not available at present except at a stupid price. Hopefully it will be reissued soon. I will talk about it in a later post.

The first indispensable album that is also currently available is is Robyn's third solo release from 1984 I Often Dream of Trains. 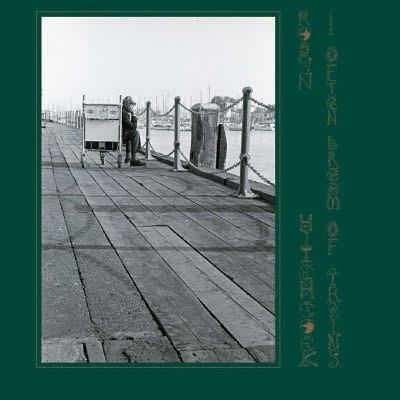 Performed without the Egyptians (ex Soft Boys Andy Metcalfe and Morris Windsor) as most of his albums were up to the mid 1990s it is an acoustic recording featuring some of his finest songs and some of his strangest too.

After the beautiful opening piano piece "nocturne" you face the odder aspect of Robyn in the form of "Sometimes I wish I was a Pretty Girl", the reason being that it will permit him to loofah himself in the shower... After "Cathedral" you come to "Uncorrected Personality Traits" in which you discover that Even Marilyn Monroe was a man (even this get overlooked by our mother fixated, sexist media). Next comes one of the first true highlights the sparse"It Sounds Great When you're Dead". Next comes the beautiful "Flavour of Night" and the amusing "Sleeping Knights of Jesus"

Side two of the original vinyl release features the sublime "Trams of Old London", "I Often Dream of Trains", "Autumn is Your Last Chance" and closes with a reprise of "Nocturne". The only irritating track on the whole album is the odd "Furry Green Atom Bowl"

A live DVD recording of the album, featuring most of the songs is being released on Monday, based on a series of concerts recorded by Robyn last year.

His next Album Fegmania from 1985 is excellent although it does feature a bit of filler. 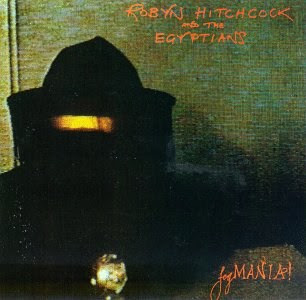 There isn't a poor track among the 11 on the original album but a number are far from being anything other than filler. Still it has two of Robyn's absolute classics "Heaven" (why this was not a huge hit I will never know) and the glorious "My Wife and my Dead Wife" (A good reason to give thanks for Noel Coward's Blithe Spirit!). Other fine tracks include "Egyptian Cream", the very strange "Man With the Lightbulb Head" and "Strawberry Mind". Extra tracks on the current release include Robyn's take on "Bells of Rhymney" and "Somebody", both of which should have been on the original album instead of some of the filler.

I must say that Robyn is an acquired taste, a bit like Marmite. His more curious songs can irritate some people far more than they amuse. Me they amuse though....

Here are versions of some of my favourite tracks off both albums.

Currently listening on Spotify to a new album (out this month I think) called I often dream of trains in New York.

It is a live album recorded on tour last year which is a complete live performance of that album - I think - I am no expert.

Also on there is Goodnight Oslo, a Venus 3 release from this year.

Hitchcock has been growing on me this year. Previously I had only come across him in documentaries about Pink Floyd/Syd Barrett.

Have you considered writing his biography?

Ah Skuds he took it on tour last year.. saw him perform it at QEH in January 2008. THe DVD comes out on Monday. It does not include the whole album but most of it plus some additions.

Glad you have come to love him.

Ah there are more qualified persons than me James