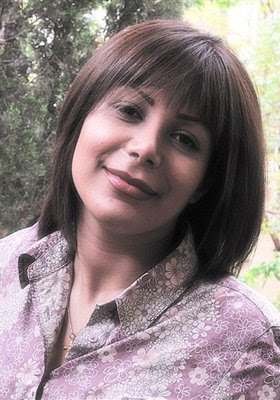 According to the Times, Queens College Oxford has received thousands of pounds in unsolicited public donations in support of a scholarship honouring an Iranian student murdered during a street protest in Tehran.

For those who do not already know Neda was shot dead on June 20 during a street protest against Iran’s rigged presidential election. She has become a worldwide icon of the protests.

But the public support for commemorating Neda Soltan contrasts sharply with the attitude of the British Government. The Times learnt that it would have advised Queen’s College against establishing the scholarship, saying that Iran would regard it as a provocative move.

Diplomatic sources apparently stated that the scholarship has driven “another nail into the coffin” of an already strained Iranian/British relationship. Critics will see this as further evidence of the Government’s reluctance to confront the Iranian regime despite its repeated claims that Britain fomented the protests that followed the hotly disputed presidential election in June and its arrest of the British Embassy’s Iranian staff.

Since Queen’s established the Neda Soltan scholarship with two anonymous donations last month, almost £15,000 has been sent in by former students, parents and members of the public.
A spokesman for Queen’s College said that the decision to set up the scholarship was not a political one, but he was not surprised that it was perceived in that light. He added that if the college had decided to turn down the initial funds of £4,000 from two private donors this would have also been viewed as political.

“One of the initial donors has also indicated that he will commit £10,000 over the coming five years to support the scholarship further. The college is of course pleased to receive donations that will support one of its primary aims, which is to fund bursaries and scholarships which help students who might otherwise be unable to study at Oxford.”

The Iranian authorities have wrongly accused the Government of helping to establish the scholarship, which prompted a furious letter from the deputy Iranian Ambassador in London to the Queen’s College Provost, Professor Paul Madden.

To be honest it doesn’t matter what the Iranian authorities think. They follow the idiotic view that Britain is somehow responsible for many of their country’s woes and will look to stick it to us at any opportunity. There aren’t many more nails that could be driven into the coffin of UK/Iranian relations!

As far as I am concerned the scholarship is a fitting tribute to a young woman cut down in her youth by a brutal regime. The British Government should grow a pair (but no I am not advocating an attack on Iran, I’m not that stupid!), the Iranian Government can go screw itself
Posted by jams o donnell at 8:09 pm

This is really good stuff. I don't give a damn how much we offend the Iranian leadership - they're an abomination.

This is a fine thing about the scholarship.

I think it's a great idea James. Screw the mullahs

Of course, this is being considered an affront by the 'masters of suppression' (in Iran).
And: of course, it is meant to be considered as an affront.

It's a horrible thought, I know; but sometimes I think Ahmadinejad and the mullahs (or vice versa: who's the egg, who the the hen?) are begging for war.

The worst thing the British government can do is back down. You hit the nail on the head jams when you said they need to grow a pair.

The Iranian Government loves to have a strained relationship with many countries. It's been playing have-me/ have-me-not with Canada for years. I hope the British Governement doesn't back down. This would truly uplift the Iranians fighting for peace and justice in their own country.Those people never had it easy.It's about time one good thing comes their way.

No drumbeats for war Pouty but no appeasement either

I hope they are tipped into teh dustbin of history Sean. It must be the Iranian people who do it though

This is true Claudia. They play a stupid game, probably in the knowledge that they have a lot of black gold we in the west need

Anonymous said...
This comment has been removed by a blog administrator.
8:19 pm