A A Gill: Baboon shooting twat in hat 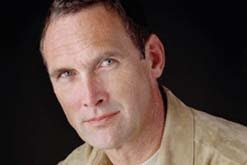 I don’t dine out much so I don’t usually take much notice of restaurant critics. As a result I didn’t read A A Gill’s (Adrian Anthony, or should that be I A for Inadequate Arsehole?) review of the Luxe Restaurant in East London in the last issue of the Sunday Times.

For what it’s worth the food at the Luxe is not bad apparently (3 stars) but the eating establishment and its food took second place to Gill boasting about how he shot a Baboon. I doubt the owner appreciates a review that starts

“I shot a baboon in Africa, last Wednesday, just after lunch. Shot it dead... .I was in Africa wearing a Robert Redford Out of Africa hat. The sort of hat that just makes you ache to kill stuff. I have a theory about hats: they really do maketh the man... "

“...So I’m in Africa, in a hat, with dark intentions and a truck full of guns and other blokes in hats. Josh the hunter said: “Why don’t we shoot a baboon?” All nonchalant, looking out of the window at the amazing Tanzanian acacia scrub that drifts into the Serengeti plain. What about a baboon? ...So, I said, why not?.. I’ll be a recreational primate killer. Now, baboons aren’t stupid. ..."

Just like that, D H Gill decides to waste a monkey

"So there was this big bloke leaning against a rock, picking his fingernails, a hairy geezer sitting in the sun with his shirt off. I took him just below the armpit.... A soft-nosed .357 blew his lungs out. We paced the ground. The air was filled with a furious keening of his tribe. Two hundred and fifty yards. Not a bad shot. "

Hmm It sounds like Gill had a hard on while blasting one of our distant cousins. But then even he knows there is no real excuse for this behaviour:

"I know perfectly well there is absolutely no excuse for this. There is no mitigation. Baboon isn’t good to eat, unless you’re a leopard. The feeble argument of culling.. a veil for naughty fun....I wanted to get a sense of what it might be like to kill someone..."

On the other hand FW Gill could have found out what it was like to kill a person bu pointing the gun into the roof of his mouth and pulling the trigger...

And so on. I picked up the story from today’s Guardian (and before any right wing wankers slag the Grauniad, it’s in the Mail too). Unsurprisingly (and quite rightly) animal welfare groups are up in arms.

Personally I feel nothing but contempt for the man. What was the point? Machismo? Self Esteem? Even if it was simple curiosity, Gill must be a particularly pathetic creature to need to shoot a living being to sate those needs.

And if it turns out to be a fiction, perhaps Gill is sublimating a twisted fantasy..
Ah well, whatever the answer, the man is a sad little specimen. I won’t call him a *unt as c*nts serve a useful purpose
Posted by jams o donnell at 1:16 pm

Email ThisBlogThis!Share to TwitterShare to FacebookShare to Pinterest
Labels: A A Gill

I also thought that Gill sounded aroused by his own dickishness. I made this insane dramatic reading version of the piece because I found it so despicable: http://tiny.cc/aagill

It was despicable wasn't it?

It should be criminalised. And the psychotic man should be out of a job. I wouldn't be surprised if he tortured insects as a child, and shot birds just for fun.

On the other hand the Times were happy to publish this shit. Sanctions there first methinks

Apart from anything else, idioth who addeth -eth to wordth in appropriately deserveth to be shotteth.

He should have mumbled a few words of Marx and babbled incoherently about Social Justice first. He probably would have gotten a cushy gig in a University.

Hunting is part of the local tradition up here. Deer are all over the place even in NJ. I do not begrudge the poor family who stretch the food budget with an extra deer or goose for table fare.

Gratuitous death or hunting for the sake of sport is not something I approve of or partake in.

However, appropriate punishment for
gratuitous killing for this fellow should involve a one week diet of Spam and Grape Nuts. Of course the folks at Amnesty International would probably protest such ghastly fare.

The most disturbing thing about this is that I can imagine AA "Frank Buck" Gill getting a similar thrill from shooting poor people. (He even describes the baboon in such a way...) If it were a Victorian horror story, a foul and vicious Baboon God would track Gill down in his London flat and tear him to flitters. We can but hope...

But pleaase spare anyone with a lisp Steve!

It was just gratuitous killing Beakerkin that had fuck all to do with a restaurant review. Gill is an offensive wanker.

Ah where is M R James when you need him Egg!

Even we Texans know you only shoot what you're gonna eat!

Unless, of course, you are the former Vice President, and we don't count him as one of us.

I'm sure he was partial to Longpig Stephanie!

I'd always found him to be mildly amusing the few times he popped up in one of those list programmes.

Shame he turned out to be a mindless twat. Lets hope he gets torn limb from limb on his next jaunt out to the bush by some other creature who 'wonders what it would feel like' to kill something.

That or an irate restaurant owner, or a welshman or any of the other people he has angered

He should be tied up and given to a sex-starved baboon for a few months.

And yeah, I totally agree on that *unt issue. Cannot understand that British habit to use the name of a perfectly swell organ as an insult.

Hmmm perhaps he'll find out how the baboon's arse gets that colour Snoopy!

"Pathetic" is the word that sprung to my mind too, Jams. What a low and arrogant specimen of our supposedly advanced species, and what a callous thing to do. I'd like to see Doubtful's Baboon God wreak a terrible vengeance!

That would be an appropriate end for Gill Stan!