Every day is a good day for some William Topaz 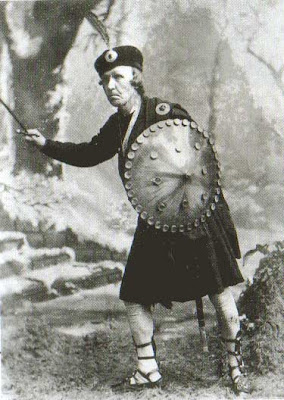 LOST ON THE PRAIRIE
by William McGonagall

In one of fhe States of America, some years ago,
There suddenly came on a violent storm of snow,
Which was nearly the death of a party of workmen,
Who had finished their day's work - nine or ten of them.

The distance was nearly twenty miles to their camp,
And with the thick falling snow their clothes felt damp,
As they set out for their camp, which was in a large grove,
And to reach it, manfully against the storm they strove.

The wind blew very hard, and the snow was falling fast,
Still, they plodded on, but felt a little downcast,
And the snow fell so fast they could scarcely see,
And they began to think they were lost on the wild prairie.

And they suddenly noticed marks of footsteps in the snow,
Which they found were their own tracks, as onward they did go,
Then they knew they were lost on the great prairie,
And what could they do in such a fearful extremity?

Then their hearts began to sink with woe,
In dread of having to pass the night in the snow,
And they cried, "Oh, God help us to find our way,
Or else we are lost on the lonely prairie."

And while they stood shivering with the cold,
One of the party a particular horse did behold,
Which was known by the name of Old Jack,
So to take off his bridle they were not slack.

When the horse was let free he threw up his head and tail,
Which seemed to say, "Follow ms, and ye will not fail.
So come on, boys, and follow me,
And I'll guide ye home safely."

And they cried, " Old Jack can show us the way,
So let's follow his tracks without dismay";
And with the falling snow they were chilled to the bone,
But the horse seemed to say, "I'll show ye home."

And at last they gave a shout of delight
When they saw their camp fire burning bright,
Which was to them a cheerful sight,
And they caressed Old Jack for guiding them home that night.

And they felt thankful to God for their safety,
And they danced around Old Jack with their hearts full of glee,
And Old Jack became a favourite from that day,
Because he saved them from being lost on the wild prairie.

Never forget that you can drink your fill of the Tayside Tragedian here at McGonagall Online/a>
Posted by jams o donnell at 9:06 am

In my youth - many years since have flown by -,
my little heart beat for not just one horse:
You want to hear the names of the three?
Here they are: Hatatitla, Iltschi and Rih.
Thinking of their end I do still sometimes cry,
and I am sure you will understand this, of course.
Only this morning I mourned:
Why would Karl May
let such wonderful horses die?
At least I should have been warned.

Well, lest anyone starts getting bored,
I'll do my best and cut it short:
Just was I about shouting Mayday,
when this touching opus made my Friday.

What a horse, this courageous Old Jack!
Unlike the horses mentioned above
he could even speak, and that's what I love.
Oh, so much I'd like to stroke his neck.

May therefore, thank I not only Master McGonagall,
but from the bottom of my heart also you, dear Jams,
for tireless posting such precious gems?
Yours sincerely McSeangall

The unbearable tension of the first part of the poem that culminates in "And they suddenly noticed marks of footsteps in the snow" is a sure witness to the existential conflict between the hazards of life and something else I am currently unable to figure out, being overwhelmed by emotions.

Hard to believe, when I slumber,
such gems are on a faithful way,
across the sea, to fill my day,
with tales of great horses' wonder.

Thanks Jams, and McGonagall,
Not to forget McSeangall.

Jams, you're getting cultural here.

Ah Sean, CLaudia, You have the better of me today. Perhaps later I will have a worthy riposte!

I am glad McGonagall has that effect Snoppy... as it should!