Ach this will be my only word on Nick Griffin’s appearance on Question Time last Thursday. As far as I was concerned he was a piece of shit before show. Unsurprisingly I have not changed my mind since.

A lynch mob? What Griffin faced was a hostile audience. What he got was a rough ride.

This is a lynch mob: 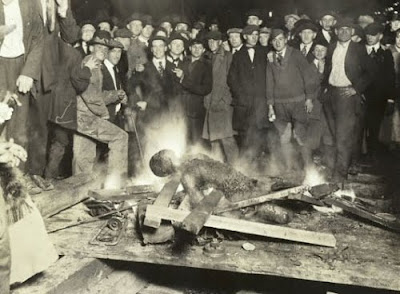 This is a Question Time Audience. 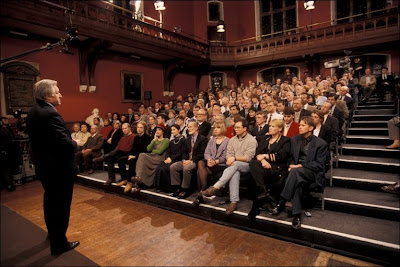 There is a big difference between the two, no matter how hostile the latter was. Luckily Griffin will never know what it is like to be on the receiving end of a lynching.
Posted by jams o donnell at 7:38 pm

Well the man is a vile piece of shit Kay

Bravo, Jams, for visualising the difference.

Yet the BNP and its front organisations think it is perfectly OK to behave in the same way as the question time audience and worse!

How do you know he won't?

It;s a horrifying image Sean but it pisses me off when people use stupid references

I doubt it James. Maybe never but very unlikely