You Cannot Kill the Truth with a Bullet - Jean Dominique 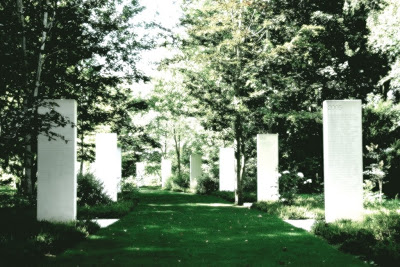 I know it is very easy to stick the boot into journalists. After all there is not enough investigative journalism or campaigning journalism, certainly in the British Press, but far too much emphasis on worthless celebrities and bleating vacuous, columnists (Yes I appreciate the irony of criticising columnists from a blog). And then I visit Bayeux in August and I go to the Journalist memorial and I am reminded that not every journalist is a Lunchtime O Booze style hack

In 2007 Reporters Without Borders and the town of Bayeux inaugurated a Journalists Memorial to honour over 2,000 journalists (the most recent being Mexican Norberto Miranda Madrid, murdered on 23 September) who have been killed since 1944 while doing their job. Many are killed reporting on military conflict, but far more are killed for writing what others do not wish to see published. 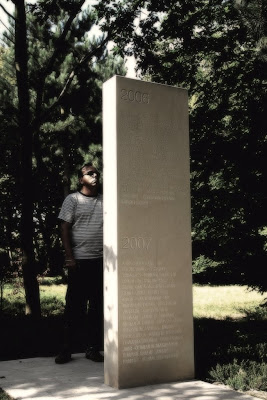 It is a peaceful memorial, consisting of white stones bearing the names of the dead journalists. Some years, mercifully, have no deaths; some have a few including my birth year (1963) when two Vietnamese photographers died. It is depressing to see that recent years have far more deaths than the years of worldwide conflagration. The death rate appears to be increasing, as our insane propensity for warfare continues and as murder is used more often to silence truth-seekers.

"It’s the only place in the world where my husband’s name is carved in stone,” said Michèle Montas, widow of murdered Haitian journalist Jean Dominique,
Jean Dominique was an exceptionally brave man. The founder of Haiti’s first Independent Radio Station, he was a vocal opponent of the Duvaliers. Dominique, had to flee Haiti twice in 1980 and 1991, He returned for the last time in 1994. 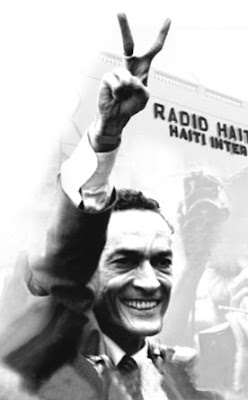 In his final years he concentrated on issues of corruption and negligence. He took on former police chief Dany Toussaint whom he accused of having his rival for the position of Secretary of State for Public Security. On 3 April 2000 Dominique was shot four times in the chest as he arrived for work at Radio Haïti. Toussaint was almost certainly responsible.

Dominique is memorialised in Bayeux, Toussaint is alive and well and immune from prosecution. 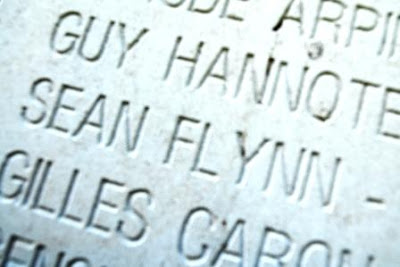 If you are in Bayeux, it is well worth the visit
Posted by jams o donnell at 7:28 pm

Good on you, Jams!

It was well worth a visit.. and thought provoking too Sean

I had no idea that was in Bayeux, it sounds a fascinating place.

I have come across some great journalists during my TU campaigns, it is always refreshing to find a true journalist.

We have a president over here who is badmouthing one of our news organizations because they are speaking out against his policies. It's very disconcerting to me.

There a reporters and there are journalists and I'm happy to hear there's a memorial for the latter.

Good man, yes. Re sticking the boot into journalists - most of them are hardworking and good folks, so the boot belongs to a certain percentage of those who play too loosely with facts or become too opinionated and describe their own brand of reality instead of reporting.

Cherie, Snoopy perhaps I am a bit harsh but a read of oour press of all stripes indicates that the campaigning or investigative journalist is thinner on the ground than than one would like. Much of that is of course down to the leadership and ownership of our newspapers

Then again what are the journalists saying, Pouty. When I look at the health debate in the US and see crap like the NHS would have condemend Stephen Hawking to death and perhaps Obama is maybepartially right!

Truth is strong and liberating. You cannot kill the truth...But speaking the truth can kill you. That's what so many honest, investigative journalists have always known. And many have experienced, alas! Great post, Jams.

4 places I have visited in Bayeux: the American Cemetary, the Cathedral where the tapestry lies, the Journalist Memorial, and that lovely little lace factory.

Balanced. That's what I'm talkin' about.

Definitely shows what a worthwhile place to visit, eh?

I don't approve of that but examples would be appreciated