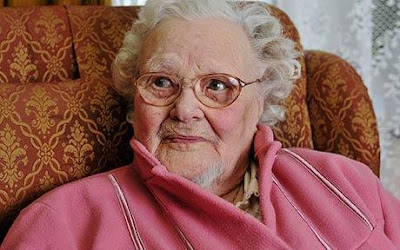 Regular visitors to the Poor Mouth will know that I have been recording the deaths of the last few veterans of WWI. I take my information from Wikipedia which I consider to be as reliable as any source on this subject.

The contributors to the Surviving veterans of World War I page are quite scrupulous and apply consistent criteria for inclusion – more so than some governments. To be included on the list a person had to be a member of one of the belligerent armed forces on or before 11 November 1918. A person who was still in training at the time is considered to be a veteran of the war. This meant that the last two French soldiers of WWI were recorded here while not recognised by the French Government. The French Government required that a soldier saw three months active service before being considered a veteran.

In addition there are categories for unverified claims (self explanatory) and for WWI-era veterans. This category listed people who entered service between the end of the war and the signing of the Treaty of Versailles in 1919. It also listed persons who served in related conflicts (eg the Soviet-Polish war).

As at 1 January there were three known WWI veterans: Claude Choules, who served in the Royal Navy and who lives in Australia; Frank Buckles, an American who served as an ambulance driver on the Western Front; John Babcock, a Canadian who had completed training but who had been held back in England for being underage. Recently there had been talk of a fourth veteran but there was no conclusive evidence to support the claim.

Yesterday's Telegraph provided the evidence needed to confirm the survival of a fourth veteran.It carried a report on Florence Green, 108, who served with the Women’s RAF (WRAF) as a waitress in the officers' messes at Marham and Narborough airfields in Norfolk.

Her story came to light after Andrew Holmes, a British correspondent for the United States-based Gerontology Research Group, traced her name using the National Archive. Mr Holmes tracks and validates the ages of people over 110 and also keeps track of British men and women who are older than 107.

He located a service record on the National Archive for Florence Beatrice Patterson, Mrs Green’s maiden name. He traced the records further and found that Florence had joined the WRAF in September 1918 - two months before the war ended on November 11, 1918.

Mrs Green said she had been unaware of her status until very recently. ''I enjoyed my time in the WRAF. There were plenty of people at the airfields where I worked and they were all very good company. I would work every hour God sent but I had dozens of friends on the base and we had a great deal of fun in our spare time. In many ways I had the time of my life.
'It was a lovely experience and I'm very proud.''

Wing Commander Hugh Milroy, from the veteran's charity Veterans Aid, said: “This goes to show that there is a huge variation in the type of veterans we have in this country. 'Women like her played a vitally important role in the British war effort and the fact she is now the last surviving veteran is some achievement.”

Before the discovery of Mrs Green's service history, it was believed that British-born Gladys Powers, who died in Canada in 2008, was the last female veteran. Harry Patch, from Somerset, was previously the last surviving World War one veteran and died in 2009 aged 111.

This is excellent news, Who know but there may be more veterans out there.
Posted by jams o donnell at 1:09 pm

Silent Hunter said...
This comment has been removed by the author.
5:33 pm

They also serve Hunter. It is a very pleasing find indeed!

She was in a rear-echelon role, but a veteran nonetheless.

@ jams o donnell: Definitely still a veteran. She played an important role in that war, just like anyone else.

She didn't see the horrors of the trenches, but she helped those who did. For that we should be grateful.

I was so excited when I saw the headline for your post. I couldn't get here fast enough. This is very good news.

It truly is excellent news!

THanks Snoopy. It was too good a good news story to pass