Hungarian Fascists and the Judenfrei tests. 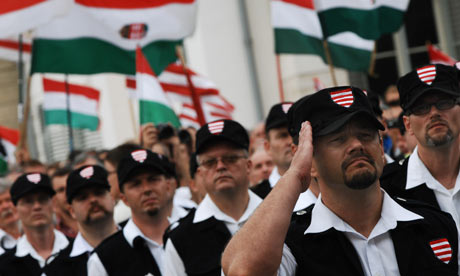 Jobbik (Jobbik Magyarországért Mozgalom - Movement for a Better Hungary) describe themselves as a patriotic christian party; everyone else describes them as a disgusting  fascist rabble.It is an overtly racist, anti Semitic anti Roma and most definitely homophobic. The only small mercy is that they are unlikely to take power although that won't stop them form doing a hell of a lot of damage. 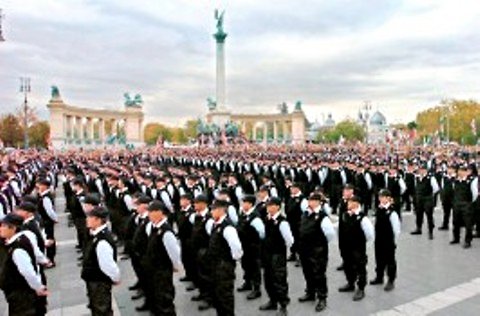 A Shower of shit: Magyar "Supermen"


Perhaps it should come as no surprise whatsoever that one of their MPs decided to be "Aryaner than thou" and got a genetic test to show that he did not have any Roma or Jewish traits. I now that this is not breaing news - it broke nearly 2 weeks ago. I am sorry I missed it.


It seems that the unnamed Jobbik MP's test results results were published by a Hungarian far-right website in May. The report from medical diagnostic company Nagy Gen showed that the MP had no genetic trace of Jewish or Roma ancestors. 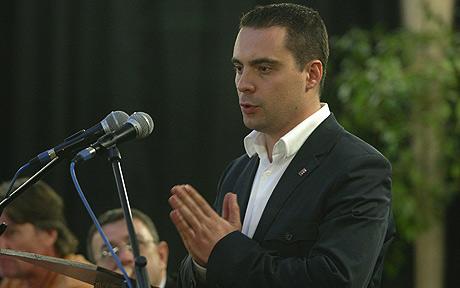 Unsurprisingly the company, which faces a criminal investigation for violating  the country's law on eenetics,   Joerg Schmidtke, president of the European Society of Human Genetics, criticizedthe company: "This is a gross distortion of the values of genetic testing.... In addition, the test proves nothing; it is impossible to deduce someone's origins from testing so few places of the genome."
To rub salt into Nagy Gen's utterly deserved woundsT is the fact that three-time Olympic water polo champion Tibor Benedek, a member of a prominent Jewish family, held a minority financial stake in the Nagy Gen. It is no surprise that  but he pulled out immediately after the report was published.

How can I comment on this story without resort to expletives? Err.... Sorry, can't do it. The best I can do is to say that they are a bunch of verminous shitstains

Yeah. The shitheads are on the rise again. And it look like it's going on everywhere. Sad.

Sadly so mon ami sadly so