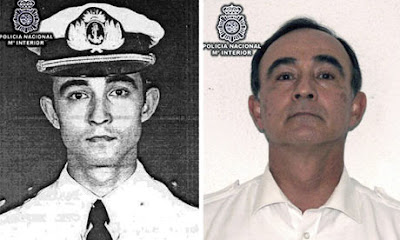 According to the BBC Transavia pilot Julio Alberto Poch, has been arrested in Spain over his alleged role in Argentina's 1976-1983 "Dirty War". He was held at Valencia airport as he was about to fly a passenger plane to Amsterdam, Spanish officials say.

Poch, who has dual Dutch and Argentine nationalities, is said to have been a military pilot at Argentina's Naval Mechanics School – an infamous torture and detention centres of the Argentine military regime. He is alleged to have been involved in the so-called "death flights", in which political prisoners of Argentina's military were drugged and dumped into the sea from the planes.

It is expected that the Argentine Government will ask for his extradition to face trial. Argentine judge Sergio Torres had previously called for the Netherlands to extradite Poch at the end of 2008, after he received testimony from witnesses implicating him in the "death flights".

Judge Torres says he has proof that Poch was involved in the abuses at the ESMA, naval mechanics school. Torres received testimony from a Transavia pilot who said Poch had described to him how the regime's political opponents were thrown into the sea.

"He told me that on board his planes, people were thrown into the sea while still alive with the goal of killing them, and he justified the practice by saying that the people were terrorists," the pilot told the criminal investigation. Another source's testimony also implicates Poch for having "flown regular flights during which groups of people were thrown from his plane into the sea."

Some 30,000 people disappeared during the military dictatorship in Argentina, according to human rights organisations.

If there is enough evidence to extradite Poch I hope he is sent back to Aragentina to face trial. If he is guilty then he deserves to rot in prison for the rest of his worthless life.
Posted by jams o donnell at 1:35 pm

Hey Jams... Rotting in prison is not what he deserves... But we don't have Death Penalty in Argentina, plus even if we did, some groups would even make a martyr out of this piece of scum.

I really don't know what I would do with these guys; the Videlas, the Galtieris (luckily he's dead), all those drunken bastards that led Argentina into a decade of darkness, killing thousands of people 'just in case' they were terrorist, torturing pregnant women and then stealing and raising their children as their own, and then sending thousands of unprepared teenagers to fight a hopeless war against UK, for two islands with no value other than for the oil reservoirs that are around, inhabited by people who see themselves as British, because we didn't do anything for 149 years after England invaded them in 1833...

I was only a teenager while all these was going on, but I still remember everything...

My gut seys string the bastard up, mty head says death is too good for them, I will give them life instead

I was at university when the Falklands were invaded. I went with the Borges view that it was two bald men fighting over a comb. Still Argentina was utterly in the wrong. Perhaps teh only god thing that came from it was that it was the final nail in the junta's coffin. Was that worth 1,000 dead. I can't say.

What I hated was the crass jingoism here in the UK

It is never too late for justice; I hope the man gets what he deserves.

If he is guilty then I hope he gets what's voming to him and I don't mean a box of chocs and a peck on the cheek!

He'll be freed, no doubt.

Maybe not. The Argentine government has done some heavy prosecutions in recent yeaqrs.