The latest findings of a nine-year ocean census have just been reported. Needless to say researchers have come up with some astonishing finds including: 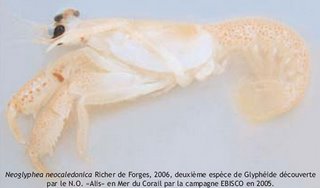 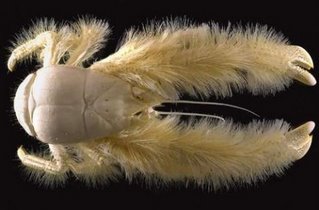 The census was launched in 2001 to map life in the most under-explored environment on earth and uses half of the world's large research vessels and submersibles. Destined to finish in 2010, the £500m project involves 1,700 scientists in 73 countries.

"By 2010 we'll have a representative picture of what lives in the oceans from top to bottom and around the world," said Ron O'Dor, senior scientist on the project. "Everywhere we go we find more life than we'd imagined. When we started there were views that as you went deeper the oceans turned into deserts and there was nothing living down there, but that certainly isn't true."

Two species of fish unknown to science are being discovered each week and scientists believe that they are still far from documenting all the different marine species. Advanced sonar equipment that can map oceanic areas 10,000 times larger than previously possible recently detected a shoal of eight million fish in a school the size of Manhattan off the coast of New Jersey. Images of the shoal revealed it pulsating, fragmenting and reforming as the fish moved through the water.

When the census is completed it will form a snapshot of ocean life that scientists will use as a reference to monitor the impact of the fishing industry and environmental change, such as global warming.

ocean census
Posted by jams o donnell at 8:56 am

Apart from the mere cuteness of critters, this project could give us an understanding that may one day help humankind to save itself. Or not... we don't seem to be doing a very good job of that lately.

It's been an appaling job we've done Steve. I hold out a little hope we will change our ways but I am not too hopeful..

The Houston Chronicle featued this article yesterday. I want to rename the furry crab, "The Abominable Snowman Crab." The similarities are striking.

I've always wondered what, exactly, is abominable about the Abominable Snowman. If such a critter exists, that hardly seems a kind name for it. :)

LOL ewbl, the Yeti Crab, Sasquatch of the deep?

I think he's abominable because of his bad breath and his propensity to scratch his butt in polite company!

The furry crab scares me beyond words, its bad breath is the least of my worries.


I hope to never ever see one up close and personal, because I know I'll scream my head off, and then I'll die.

Ah No Cool Story I#m sure it would be quite harmless... I think!