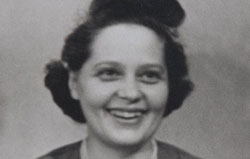 While some survivors such as the “Unsinkable” Molly Brown are well remembered (and quite rightly, she was a remarkable woman once you cut through the myth), spare a thought for Violet Jessup. She is perhaps the most remarkable, and possibly the luckiest of all of the Titanic survivors. 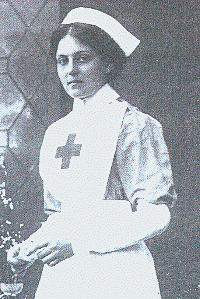 Violet Jessop serving as a Red Cross nurse during WWI
Violet Constance Jessop, commenced employment as a stewardess for the White Star Line serving on the Titanic’s sister ship the Olympic. She was aboard the Olympic when it was seriously damaged in a collision with the cruiser HMS Hawke off the Isle of Wight in September 1911. She subsequently transferred to the Titanic...

According to her memoirs she was comfortably "comfortably drowsy" in her bunk, but not quite asleep when the Titanic hit the iceberg: ''I was ordered up on deck. Calmly, passengers strolled about. I stood at the bulkhead with the other stewardesses, watching the women cling to their husbands before being put into the boats with their children. Some time after, a ship's officer ordered us into the boat (16) first to show some women it was safe” She and the other survivors in Lifeboat 16 were rescued by the RMS Carpathia eight hours later.

During WWI Violet served as a Red Cross nurse and was aboard the Titanic’s other sister ship, the Britannic, when it hit a mine and sank in the Aegean Sea in November 1916. After the war she resumed work as a stewardess for the White Star Line serving again on the Olympic. Mercifully she was no longer a White Star employee when the Olympic collided with and sank the Lightship Nantucket in 1934.

Encyclopedia Titanica is an excellent site for Titanic related subjects.

Happy new year to you and your readers.

The movie was good, but the ending was predictable.

My computer died on me.

I know what you mean Ren, it was obvious that the Iceberg did it!

Happy New Year, jams, not-wife and all the regulars on the threads here. May 2007 be your best year yet!

Back on topic, if I recall correctly, White Star Line billed the families of deceased members of the Titanic's band for the lost uniforms. Some things never change.

Happy New Year to you, too! And I love your history lessons!

Thanks Steve. I do hope 2007 is a good year. Personally it is an improement over late 2006 already in that my rib doesn't hurt much anymore! As for world events.. I don't hold out hope for big improvements but some positive progress would be welcome.

What a story! She was the femme fatale of passenger liners...

and a happy new year to you too Tyger. She certainly did have a story to tell, eh? I wonder whethter they though she was a Jonah! Happy new year Sonia

That woman was the kiss of death! Or maybe she just had loose lips since they reportedly sink ships.

Did you ever see the movie, "Unbreakable?" Maybe she was just a Bruce Willis type so indestructible that she survived calamity after calamity.

Unbreakable was not a bad film.. I prefered the Sixth Sense though. She was one fortunate woman.

passage to nursing........todays nurses dont have a clue.....i'd go as far as say they are fucking idiots