At the start of the year there were 8 known World War I veterans alive. Today there are just three. This year we have seen the Last four British veterans still living in the UK (including Henry Allingham and Harry Patch who have both died within the last week) and the last Australian.

The Wikipedians tracking the last veterans of WWI count anyone who was in uniform at the time of the armistice even if they were still in training or in support roles. It is as good a cirterion as any. Here are the last three veterans: 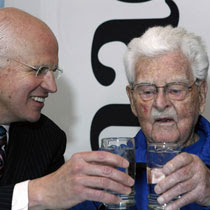 John Babcock Babcock attempted to enlist in 1915 (aged 15). He was placed in a Young Soldiers Battalion in August 1917 and was then transferred to the UK where he continued training until the end of the war. He therefore never saw active service. He has lived in the US since the 1920s.Tthe Canadian government has authorised a state funeral for him should he accept it. 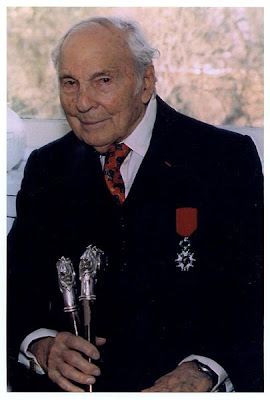 Frank Buckles Buckles enlisted in the US army at the age of 16 and saw service in France as an ambulance driver. He has been approved for burial in Arlington Cemetery. Buckles survived Japanese internment in WWII 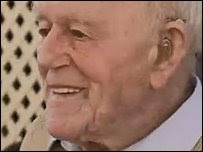 Claude Choules Now living in Australia, Choules enlisted in the Royal Navy in 1916 and served on the Battleship HMS Revenge. He witnessed the scuttling of the German High Seas Fleet at Scapa Flow in 1919. Choules also saw service in WWII in the Royal Australian Navy.

In addition there is one other person who may have served in WWI but their service is unverified:: Briton Doug Terrey claims to have joined up in 1917 serving as a dispatch rider.

One must hope they keep on for some time.

I hope so too James

We must always remember them, we owe them such a debt.

I agree. I can't imagine what it must have been like in the trenches and I'm not sure I want to.

Thank you, Jams, for your faithful postings on those brave men. Erich Maria Remarque, a veteran of WW1, describes it as a soul destroying horror in his moving book, All Quiet on the Western Front.

Daemon09 said...
This comment has been removed by a blog administrator.
6:41 am

Cherie, Claudia, Laura thanks for your kind comments. They should not be forgotten