Justice for Neda? Somehow I think not 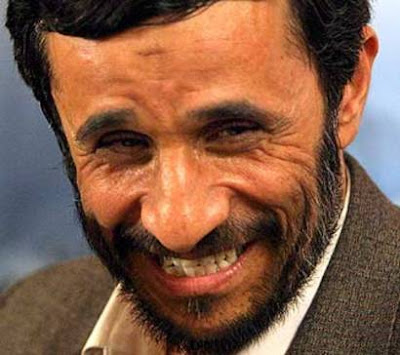 Hypocrite
On MondayIranian “President” Ahmadinejad called the death of Neda Agha-Soltan "suspicious" and urged the authorities to identify those responsible.

Ahmadinejad told the head of Iran's judiciary, Ayatollah Hashemi Shahroudi, to probe the incident and make the results of his investigations public "The massive propaganda of the foreign media, as well as other evidence, proves the interference of the enemies of the Iranian nation who want to take political advantage and darken the pure face of the Islamic republic," he said in a letter to Shahroudi, according to the Fars news agency.

On the same day Press TV said Agha-Soltan did not die the way the opposition claims. Two people told the channel that there were no security forces in the area when she was killed. Also it claimed that the fatal bullet, from a small calibre pistol is not used by Iranian security forces.

According to a report on Press Tv today Iran's Police Chief, Esmaeil Ahmadi-Moqadam, stated that Neda’s murder was a 'prearranged 'premeditated act of murder'. Ahmadi-Mogadam blamed Arash Hejazi (pictured below) who witnessed Neda's final moments, has fanned the flames of the western media hype. He said that the Iranian Intelligence Ministry is making every effort to discover the whereabouts of Hejazi. "He has fled the country and is working against the Iranian government abroad." In fact Arash Hejazi is postgraduate student at Oxford Brookes University rather than a fugitive. AFP also reports that Arash is also now wanted by Interpol 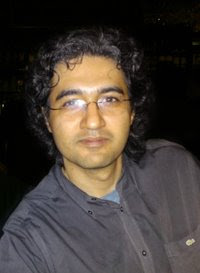 Scape goat?
According to CNN, Iran's ambassador to Mexico, Mohammad Hassan Ghadiri, has suggested that U.S. intelligence services could be responsible for her death."This death of Neda is very suspicious "My question is, how is it that this Miss Neda is shot from behind, got shot in front of several cameras, and is shot in an area where no significant demonstration was behind held?...Well, if the CIA wants to kill some people and attribute that to the government elements, then choosing women is an appropriate choice, because the death of a woman draws more sympathy."

In the light of the above I wonder what the chance of Neda’s murder being pinned on the Basij militia? Somewhere between fat and fuck all, methinks. My money would be put on a joint Mossad.MI6/CIA operation carried out by a crack team consisting of the ghost of Ofra Haza, Emo Phillips and Jade Goody’s mum.

Needless to say they will besmirch the name of a young woman who appeared to be in the wrong place at the wrong time. Meanwhile a respected author and translator seems to be the object of the regime's bile. No doubt if he was returned to Iran his fate would not be pleasant.
Posted by jams o donnell at 12:33 am

That "pure face of the Islamic republic" could do with some creative rearrangement by a 2x4...

So pleased you're maintaining the pressure on this one. If there's something you feel needs broader blogger coverage, say so and we'll put it up.

Anonymous said...
This comment has been removed by a blog administrator.
6:17 pm

Sherry at EX Marks the Spot

Remember that pure is also a word for dog shit Snoopy!

It is something I feel very strongly about James