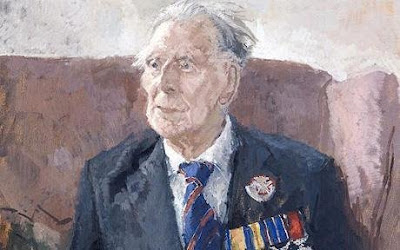 Prime Minister Gordon Brown led the tributes to Patch saying: "I had the honour of meeting Harry, and I share his family's grief at the passing of a great man." The prime minister said the sacrifices of Patch's generation would never be forgotten. "We say today with still greater force: 'We will remember them'."

Prince Charles, who is also the Duke of Cornwall, paid tribute to Patch's service during the war. "Harry was involved in numerous bouts of heavy fighting on the frontline but amazingly remained unscathed for a while. Tragically one night in September 1917 when in the morass in the Ypres Salient a German shrapnel shell burst overhead badly wounding Harry and killing three of his closest friends. .In spite of the comparatively short time that he served with the Duke of Cornwall's Light Infantry, Harry always cherished the extraordinary camaraderie that the appalling conditions engendered in the battalion and remained loyal to the end."

A close friend Jim Ross said "Harry died peacefully, surrounded by his many friends," he said. "While the country may remember Harry as a soldier, we will remember him as a dear friend. He was a man of peace who used his great age and fame as the last survivor of the trenches to communicate two simple messages: remember with gratitude and respect those who served on all sides; settle disputes by discussion, not war."

Patch was a machine-gunner in the Duke of Cornwall's Light Infantry. He served in the trenches as a private from June to September 1917. fought in the battle of Passchendaele in 1917 in which more than 70,000 British troops died.
Fletcher House nursing home in Wells, Somerset, where Patch died, said his funeral was being arranged in accordance with his wishes.

Yes, this is always a sadness.

A sad loss but he lived to a good age

May Harry definitely RIP, and as I always say, let us never forget and learn from the sacrifice many men and women made back then and are making now during modern warfare.