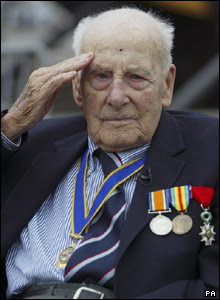 Tributes were paid to Mr Allingham by the Queen, Prince Charles and The Prime Minister, Gordon Brown. Mr Allingham served with the Royal Naval Air Service in WWI, later transferring to the Royal Air Force at the time of its creation.

Dennis Goodwin, founder of the First World War Veterans' Association and a friend of Mr Allingham, said: "Henry was truly a gentleman - his strength of character, his purpose.He left quite a legacy to the nation of memories of what it was like to have been in WWI,"

First Sea Lord Admiral Sir Jonathon Band said: "Henry will be remembered with great fondness for his strong sense of humour and joy of life, and he was an inspiration for all those serving in the Royal Navy." Air Chief Marshal Sir Glenn Torpy, Chief of the Air Staff, said his passing was a "milestone in history. Henry was an inspiration to many and his thirst for life, cheery disposition and a desire to help others was his mark," he added.

His nephew Ronald Cator said his uncle looked "very, very frail. He went downhill in the last few months. He used to sleep a lot at the end. He wanted to pass away, poor old boy." 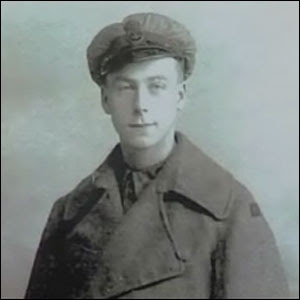 A young Henry Allingham
For decades, like many other war veterans, Mr Allingham buried his memories of the war, avoiding reunions and refusing to tell his family about his experiences. But, in recent years, he started making public appearances to make sure new generations did not forget the toll of war and went on to tell his life story in a book which was published last year.

James definitely a man worth a tribute. It was a great age Tina

I talked about him this morning. RIP Henry, I feel sad this group has dwindled so much. I know how he feels about not wanting to talk about his experiences too.

Apparently, he put his longevity down to good food, plenty of booze, and bad women. An example to us all?!

Sad but inevitable Alison. My Dad took a long time to talk about WWII

Most definitely TEFL Tradesman. Perhaps I will live to 120... if I can get a few bad women!

RIP Henry, thanks for this lovely tribute.

This was a very tasteful tribute to a brave man. May he rest in peace.

There has been so much on the news and internet about this lovely man. It was nice to ready your post. I did not know him but I can admire his accomplishments and join with all the others to pay tribute to him.

Pouty, TechnoBabe Thanks for your kind comment. I have been tracking the deaths of WWI veterans for a couple of eyars now. That may sound a little morbid but each passing brings the experience of that war one step closer to passing from living memory to history proper