People of the DPRK commemorate passing of Great Leader, Dear Leader in rude health despite what western lackeys say

Last Wednesday the workers, soldiers and peasants of the indefatigable Democratic People’s Republic of Korea paid tribute to the peerless triumphs of the Great leader Kim il Sung on the occasion of the 15th anniversary of his passing from Great Leader to Eternal Leader. 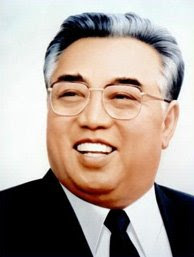 The Great and then Eternal Leader happy after a successful day of purging imperialist running dogs
According to KCNA: 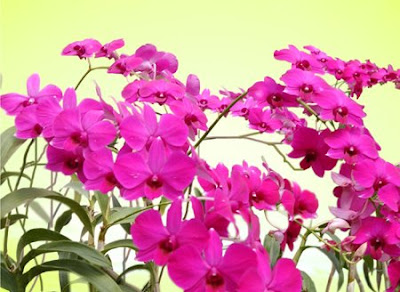 Kimilsungia, a feature of many of the flower baskets
Servicepersons of the Korean People's Army, people from all walks of life and school youth and children blah, blah, blah floral baskets blah, blah, blah .

An endless stream of people visited the statue of the President on Mansu Hill in Pyongyang in boundless reverence and yearning for him, blah, blah blah, floral basket sent by Kim Jong Il, blah, blah, blah. 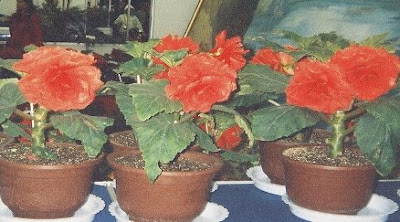 Kimjongillia, also a featured plant in many of the flower baskets

Meanwhile President Kim Il Sung was lauded in the highest terms by Shawn Pikford, delegate of the British organization for the study of the Juche idea, which claims a membership of over 77 million students in England alone.

But surprisingly not a single mention of floral baskets

As can be seen a lot of flowers sacrificed their lives to pay proper tribute to the colossus of the Songun ideal and enough hot air was generated to heat all of Pyongyang’s schools and hospitals for several months (pity the ceremony did not take place when it was cold...)

But what of General Secretary, the dear leader Kim Jong Il? 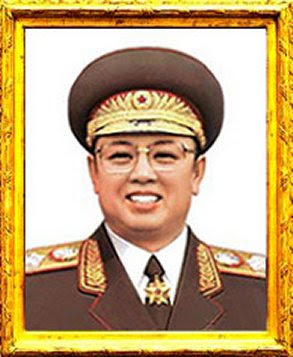 He together with the above-said commanding officers of the NDC and the KPA paid homage to President Kim Il Sung.

Of course it goes without saying that he was in the peak of health and indeed only the day before ran to the top of Mount Baedku on Tuesday although it must be stressed that it did leave hi a little tired the following day as can be seen in the following picture: 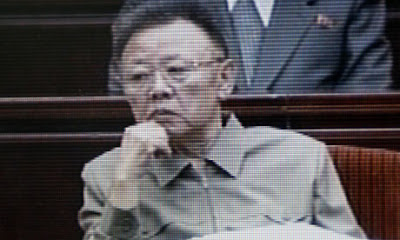 Dear Leader a little tired after running up Mt Baedku
The lackey press of the Capitalist lapdogs have had the temerity to claim that the Dear Leader may have Pancreatic Cancer.

It is in fact clear that the Dear Leader is still in charge and taking forward the peeless ideals of Juche, tirelessly working for the benefit of the freedom loving Korean people. The Dear leader has since rested and undertaken an intensive course of rejuvenation the effects of which can clearly be seen in the latest official photograph issued yesterday. 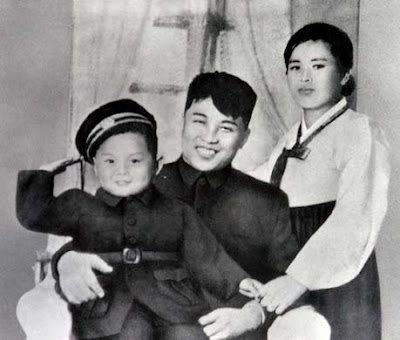 The Dear Leader (left) rejuvenated and ready to rule the DPRK for another 60 years
Long live Juche!
Posted by jams o donnell at 5:18 pm

Flowers for you, Jams, for another unusual tale.

I couldn't resist it James!

Oh Jams this was interesting, throw in the giggles from the blah blah blah's and it was a great morning read TY!

I couldn't resist poking a bit of fun Amanda

He he. I have prepared a truckload of hankies to cry at the upcoming funeral...

I know you'll be weeping buckets Snoopy as shall I!

Why am I reminded of Michael Jackson?

It must be the dance routines and the crotch grabbing Steve!