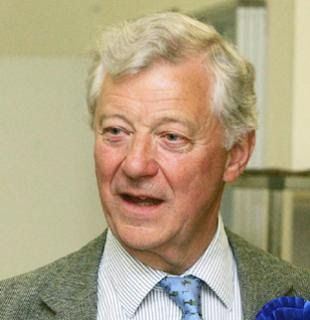 According to today’s Times, Sir Peter Viggers, the Tory MP for Gosport, who tried to put the £1,645 cost of a floating duck island on parliamentary expenses yesterday admitted that he had made a “ridiculous” claim. “I have made a ridiculous and grave error of judgment,” he said. “I am ashamed and humiliated and I apologise.”

The 5ft (1.53m) high duck house was modelled on an 18th-century building in the Stockholm. He bought the feature to protect ducks on his Hampshire estate from foxes. The Commons fees office, surprisingly(!), refused the claim.
Ironically the ducks had never took to their new home and the island feature was no longer being used. “I paid for it myself and in fact it was never liked by the ducks and is now in storage,” he said. Viggers, also claimed £30,000 for gardening costs, including £500 for manure.

The backbencher has said he will stand down at the next general election; David Cameron, the Tory leader, is believed to have told him that he could either quit or be fired.

I suppose there is a pun about ducks, bills and perhaps at a stretch financial quackery but I will leave that to others!
Posted by jams o donnell at 7:29 pm

The duck house featured quite often during the PCS conference!

I can imagine Cherie!

I wonder if he'd have realised it was "ridiculous" if he hadn't been rumbled?