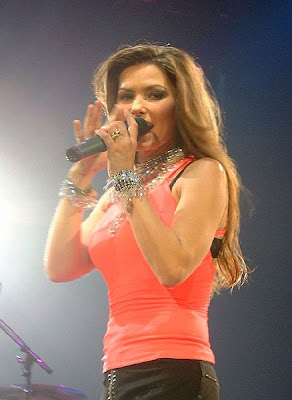 Not suspected of alium theft
Itar-Tass has reported that the Shor people in Kemerovo Region, Siberia, are concerned that that something is stealing the wild leek crop (a staple of their diet). The thieves leave behind large footprints with clearly defined toes.

Apparently sightings of a Bigfoot/yeti- type creature are common in the region. A local district administrator has recently received a number of written reports of a creature 1.5-2 meters (5-6.5 feet) tall and covered in reddish black fur.

Although she has publicly stated that she particularly likes leeks Shania Twain is not suspected of the thefts despite a number of private visits to eastern Russia.
Posted by jams o donnell at 11:48 pm

That Don't Impress Me Much.

But will it keep you warm in the middle of the night?