The cost of truth – Chechnya 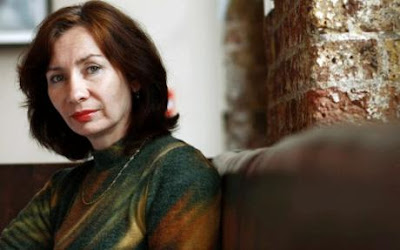 Last Wednesday journalist Natalya Estemirova was murdered. Apparently she had been abducted as she left her home in Chechnya on Wednesday morning, a colleague said. Her body was found in Ingushetia.She had been shot twice in the head at close range.

Mrs Estemirova was the seventh opponent of Ramzan Kadyrov, the Kremlin-backed Chechen president, to have been murdered in the past 10 months

Her colleagues at human rights organisation Memorial alleged that Kadyrov was responsible for the killing. "Ramzan Kadyrov is responsible, not only because he leads Chechnya," alleged Oleg Orlov, Memorial's director. "He threatened Natalya, told her that her hands would be covered in blood and that he destroys bad people. We didn't say this before because we were scared for her safety."

Mrs Estemirova had just published a report that accused members of the Kadyrov administration of carrying out revenge killings.

Memorial called for the removal of Mr Kadyrov, who was appointed deputy prime minister in 2004 and ascended to the presidency in 2007 after reaching the legal age of 30. Accusations of disappearances, revenge killings and other abuses have dogged his regime. Critics accuse the Kremlin of turning a blind eye to the alleged crimes, in exchange for stability brought to a republic that fought two separatist wars with Moscow in the 1990s. 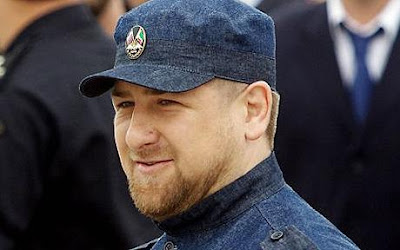 Ramzam Kadyrov, murderer, torturer, human rights abuser and puppet of Putin
Mr Kadyrov has denied accusations that he ordered the killing of Mrs Politkovskaya. However, in the past 10 months many of his rivals have been found dead after killings in Vienna, Istanbul, Dubai and Moscow.

Nobody believes him and the President and erstwhile president of Russia probably don’t really give a damn, if they did not actively, or at least passively sanction her death.

My thank to Sean Jeating Omnium for inspiring me to post this item and the next one
Posted by jams o donnell at 8:08 pm

Why do the British consistently ignore Shamil Basayev, architect of Beslan where all those children were murdered for no reason?

How can the British continue to support the murderous Chechyen warlords?

we must fight evil to stop it.

At least Basayev is dead, I hope there is a hell for him James. The Chechen warlords were and are an evil bunch. The Kadyrovs pere et fils were or are just brutal warlords on teh Russian side