Backwaters of history - The case of the undisovered weather station

Although Franklin D Roosevolt was quite correct when in December 1940 he described the United States as the Arsenal of Democracy, the country's location meant that it was almost completely free from direct attack during WWII. True the U boats did take a significant toll of shipping off the US coast while the Japanese did manage to kill six people in California using paper balloon bombs; also there were a few attempts to infiltrate saboteurs (eg Operation Pastorius). However there were no armed attacks on the US itself.

In fact the only armed landing anywhere in North America took place in Canada in October 1943 when a U=Boat landed a small party in Northern Labrador to erect an automatic weather station. 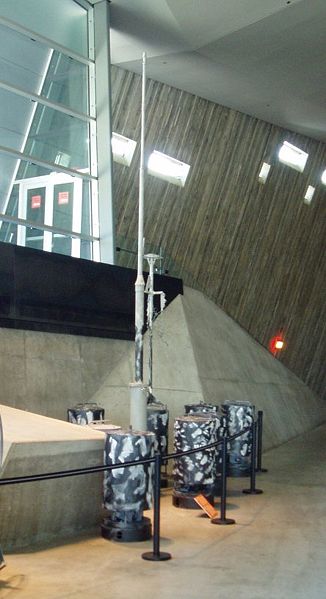 When it came to weather forecasting the Allies had a major advantage over the Germans for a number of reasons: weather in the Northern Hemisphere predominantly moves from west to east while an allied network of weather stations in North America, Greenland and Iceland allowed the Allies to make more accurate weather forecasts than the Germans cold. German meteorologists relied on weather reports sent by U-boats and weather ships, , operating in the North Atlantic. They also had reports from clandestine weather stations in remote parts of the Arctic and readings collected over the Atlantic by specially equipped weather aircraft. However, the ships and clandestine stations were easily captured by the Allies during the early part of the war. Data from aircraft was incomplete as they were limited in range and susceptible to Allied attack. Meanwhile regular weather reporting by U-boats put them at risk as it broke radio silence, allowing the Allies to locate them and track their movements by radio triangulation.

To improve the situation the Germans developed the Wetter-Funkgerät Land weather station. This  had an array of measuring instruments, a telemetry system and a 150 Watt transmitter. Fourteen stations were deployed in Arctic and sub-Arctic regions (Greenland, Bear Island, Spitsbergen and Franz Josef Land) and five were placed around the Barents Sea.

On 18 September, 1943, U-537, commanded by Kapitänleutnant Peter Schrewe, departed from Kiel, Germany on her first combat patrol. It carried WFL-26, codenamed "Kurt", a meteorologist, Dr Kurt Sommermeyer, and his assistant, Walter Hildebrant.

On October 22, the U-537 arrived at Martin Bay in Northern Labrador, a site Schrewe selected as he believed this would minimize the risk of the station being discovered by Inuit people.  Dr. Sommermeyer, his assistant and ten sailors disembarked to install the station. Armed lookouts were posted on nearby high ground.

The station was camouflaged. Empty, American cigarette packets were left around the site, to help deceive any Allied personnel that chanced upon it, and was marked as the property of the non-existent "Canadian Meteor Service" (although, at the time, the area was part of the Dominion of Newfoundland, not part of Canada). After confirming the station was working, U-537 departed. It undertook a combat patrol in the area of the Grand Banks of Newfoundland during which it survived three attacks by Canadian aircraft, but sank no ships. The submarine reached port at Lorient, France on December 8, after 70 days at sea.


The station was forgotten until the late 1970s, when a retired Siemens engineer, Franz Selinger, who was writing a history of the company, went through Sommermeyer's papers and learned of the station's existence. He contacted Canadian Department of National Defence historian W.A.B. Douglas, who went to the site with a team in 1981 and found the station still there, although canisters had been opened and components strewn about the site. Weather Station Kurt was brought to Ottawa and is now on display at the Canadian War Museum.

A second station had been planned for North America but U-867, the submarine carrying it, was sunk.

So there you have it.Not much of a story but a story nevertheless

Fascinating! The Germans certainly chose the right place. So isolated! Nobody would have guessed who they were.

I wonder how many other forgotten relics of old wars are lying around like that, awaiting discovery. Apart from the usual landmines, of course.

It's no surprise it took so long to be discovered eh Claude?

I can imaine that there are plenty of undiscovered relics Steve

With thanks and due acknowledgements.