McGonagall on the Battle of Corunna 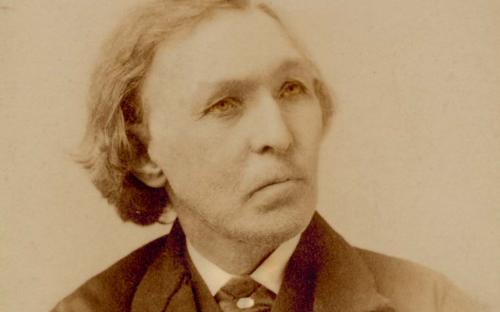 ‘Twas in the year of 1808, and in the autumn of the year,
Napoleon resolved to crush Spain and Portugal without fear;
So with a mighty army three hundred thousand strong
Through the passes of the Pyrenees into Spain he passed along.
But Sir John Moore concentrated his troops in the north,
And into the west corner of Spain he boldly marched forth;
To cut off Napoleon’s communications with France
He considered it to be advisable and his only chance.
And when Napoleon heard of Moore’s coming, his march he did begin,
Declaring that he was the only General that could oppose him;
And in the month of December, when the hills were clad with snow,
Napoleon’s army marched over the Guadiana Hills with their hearts full of woe.
And with fifty thousand cavalry, infantry, and artillery,
Napoleon marched on, facing obstacles most dismal to see;
And performed one of the most rapid marches recorded in history,
Leaving the command of his army to Generals Soult and Ney.
And on the 5th of January Soult made his attack,
But in a very short time the French were driven back;
With the Guards and the 50th Regiment and the 42d conjoint,
They were driven from the village of Elnina at the bayonet’s point.
Oh! It was a most gorgeous and inspiring sight
To see Sir John Moore in the thickest of the fight,
And crying aloud to the 42d with all his might,
“Forward, my lads, and charge them with your bayonets left and right.”
Then the 42d charged them with might and main,
And the French were repulsed again and again;
And although they poured into the British ranks a withering fire,
The British at the charge of the bayonet soon made them retire.
Oh! That battlefield was a fearful sight to behold,
‘Twas enough to make one’s blood run cold
To hear the crack, crack of the musketry and the cannon’s roar,
Whilst the dead and the dying lay weltering in their gore.
But O Heaven! It was a heartrending sight,
When Sir John Moore was shot dead in the thickest of the fight;
And as the soldiers bore him from the field they looked woebegone,
And the hero’s last words were “Let me see how the battle goes on.”
Then he breathed his last with a gurgling sound,
And for the loss of the great hero the soldier’s sorrow was profound,
Because he was always kind and served them well,
And as they thought of him tears down their cheeks trickling fell.
Oh! it was a weird and pathetic sight
As they buried him in the Citadel of Corunna at the dead of night,
While his staff and the men shed many tears
For the noble hero who had commanded them for many years.
Success to the British Army wherever they go,
For seldom they have failed to conquer the foe;
Long may the highlanders be able to make the foe reel,
By giving them an inch or two of cold steel.

It's been far too long since I posted one of the Tayside Tragedian's gems. Don't forget McGonagall Online for ALL your poetry needs!
Posted by jams o donnell at 6:20 pm

First time I laugh when I read of a hero's death. Honest to God, McGonagall, you're too much, too much! You make my blood run cold...

Ah but his terrible verse is a work of perverse beauty!

I am actually envious....

Me too I wish I could write something like this

And the "Youf" of today think they invented the concept of Wicked and Bad meaning Good. eh? Mr. McG was truly Bad man. Wicked... Init?

Haha he was dead wicked!

Methinks history should be taught using his stuff. No joke that...

Now that would be something!