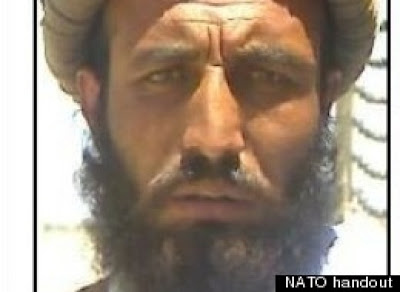 A couple of days ago many news sites reported on the strange case of a minor Taliban leader  giving himself up and claiming the reward for his capture.
The BBC's Bilal Sarwary in Kabul says that Mr Ahsan is a mid- to low-level Taliban commander in the south-eastern province of Paktika. He is not thought to have commanded a significant number of insurgents. But he is suspected in a role in planting IED that were damaging enough to prompt officials into putting up numerous "wanted" posters in the districts where he was active.

NATO officials and Afghan troops are at a loss to understand why Mr Ashan attempted to claim a reward for his own capture.

Perhaps he thought that claiming his own reward would keep him in beer and fags (cigarettes) for a while... Whatever the reason it was a pretty stupid thing to do!
Posted by jams o donnell at 8:30 pm

Isn't it rather a matter of a going price of beer? Could be the sum you mention could set him in beer for life. Oops. It must be orange juice for a Talib...

On the other hand beer prices in Afghanistan are probably through the roof!