Syd Cohen - The King of Lampedusa 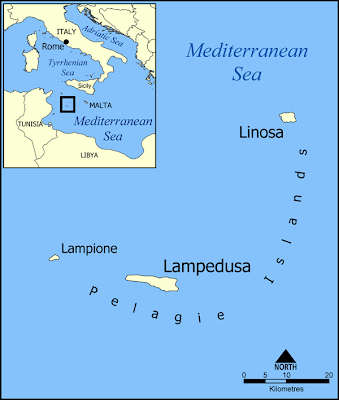 These days Lampedusa is better known as a point of landing for African immigrants into southern Europe but in WWII it was the location of one of  strangest and most amusing incidents of that terrible conflict.


In 1943, Lampedusa and another island Pantelleria were heavily garrisoned by Italian trooops. Both islands presented a serious obstacle in the way of Operation Husky, the allied invasion of Sicily. Before the main invasion could take place it was essential that the threat posed by islands was neutralised.

Operation Corkscrew was put in place to take these islands. Pantellaria was subjected to an intense bombardment by USAAF and RAF bombers and ,subsequently, by Royal Navy ships which did serious damage to the island's gun batteries and the Italian Army's command and communication system. When a contingent of Commandos landed on the island on 11 June the defending forces wisely surrendered without a fight. 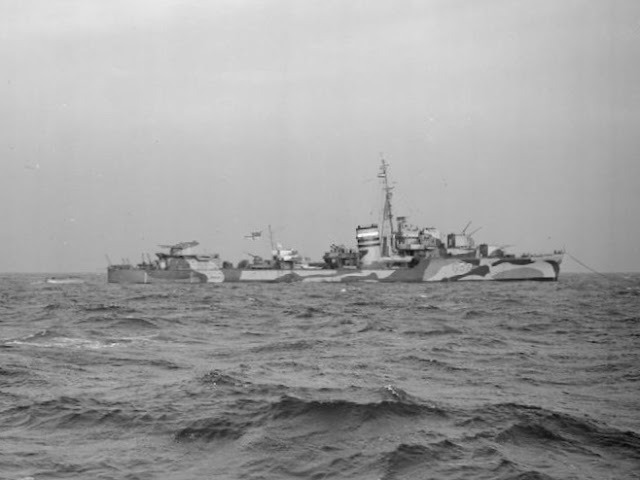 On 13 June it was Lampedusa's turn, The destroyer HMS Lookout which was carrying a company of Coldstream Guards approached the island. Noting the white flags were visible on the island a launch was sent to confirm this. The Governor of Lampedusa made a formal surrender to a combined Army/Navy delegation during the late morning of 13 June.

That should have been the end of Lampedusa's story had it not been for the chance landing of an RAF Swordfish on the island on 12 June, the day before HMS Lookout's arrival.

Crewed by  Pilot Sgt Syd Cohen, navigator Bill Tait and gunner Sgt Les Wright, the Swordfish set out from RAF Hal Far in Malta on a Search and Rescue operation seeking a downed  Luftwaffe pilot.  Little did they know how the day would turn out!

Recounting the story to the Malta Today in 2005, Les Wright said “Searching for a German pilot, we took off from Hal-Far, we eventually spotted the fallen pilot, dropped emergency packs, reported his position and then started off again back to Malta.”

On their return, with visibility dropping, problems cropped up. The Swordfish’s flight instruments started playing up. Over the intercom, Sid Cohen asked, “Does that look like Malta?”

In the distance, the crew noticed US Lightnings attacking what they assumed was Lampedusa   “So we knew it wasn’t Malta and we had the choice of landing on one of the three islands, but as far as we knew they were still in Italian hands despite the raid. We were completely disorientated. We tried to work out a way of how to fly from Lampedusa back to Malta, but the poor visibility and our instruments forced us to land on Lampedusa and take our chances as prisoners of war.”

On the ground however, Wright, Cohen and Tait were prepared for capture. As soon as they landed they were approached by Italian officers. Wright swung the Vickers gun towards them but it proved unnecessary. “It turned out the entire island wanted to surrender, thinking that after the raid we had come to sort out things.”

A contemporary report in the St Petersburg Times reported that the crew promised to deliver a notification of surrender of te garrison, 4,300 soldiers, to the proper authorities. The crew took the message to a USAAF base in Tunisia and the rest is history.

The pilot, Syd Cohen, became am overnight celebrity and was crowned the "King of Lampedusa" by  the press.

A Telegraph article from 2001 states that Cohen was an orphan who became a tailor's cutter. In 1941, at the age of 20, he was called up and joined the Royal Air Force. Initially based at North Weald, near Epping, he then moved to an RAF base on Malta.

In interviews he later gave to the press, Sgt Cohen described what happened. "The plane had a fit of gremlins so we had to make for the nearest land," he said. "As we came down on a ropey landing ground we saw a burnt hangar and burnt aircraft around us. A crowd of Italians came out to meet us and we put our hands up to surrender but then we saw they were all waving white sheets shouting, `No, no. We surrender.' The whole island was surrendering to us. It was a bit of a shake-up but I put on a bold heart and asked to see the commandant. I was taken to the commandant's villa but an air raid started and everybody suddenly dashed from the room. I concluded that the nerves of my hosts were a bit jagged. They asked me to return to Malta and inform the authorities of their offer to surrender. They gave me a scrap of paper with a signature on it."

Syd's celebrity spawned a Yiddish play called the King of Lampedusa:
News of his coup and his nickname King of Lampedusa attracted the attention of SJ Charendorf, the London correspondent for the Jewish Morning Journal of New York. It struck Charendorf that Cohen's story would me an excellent basis for a play. He thus wrote The King of Lampedusa,albeit with some changes - Syd was renamed Kagan in the play and he was given parents..

In November 1943 Charendorf took it to Meier Tzelniker, an actor, producer and director who ran the Grand Palais Yiddish theatre in Commercial Road in east London. Tzelniker commissioned some suitable music, wrote the lyrics and, with himself and his daughter Anna in the leading roles, gave the new musical play its world premiere on New Year's Eve.
At first it was not successful, but after Charendorf managed to get newspapers interested in the story, it became the most successful Yiddish play ever staged in London running for six months. The BBC broadcast it in English with Sydney Tafler in the title role.

Syd Cohen got to see it when it was performed in Hebrew in Haifa at the end of 1944  but he never saw the London production.

Sadly Syd did not live long. As he was flying home to be demobbed on August 26 1946, his plane crashed in the Straits of Dover and the wreckage was never found.

The Grand Palais closed its doors in 1970.

Neither has been forgotten Jewish Theatre.com reported that the play was republised in 2003 in its original Yiddish and in English translation by Dr Heather Valencia.

Heh. A cool story that.