Only a small number of nations have successfully launched a satellite into orbit so far: The USSR (and following its break up, Russia and Ukraine); The USA; France; Japan; China; The UK; India; Israel and Iran. In addition, the European Space Agency launched its first satellite in 1979. Many nations have satellites in orbit but these would have been launched by one of these nations.

Much of the international press carries reports of North Korea's latest attempt to to join the select band of satellite launchers. unlike its previous two attempts North Korea has admitted failure. KCNA has apparently issued a brief report stating:

The earth observation satellite failed to enter its preset orbit.
Scientists, technicians and experts are now looking into the cause of the failure. 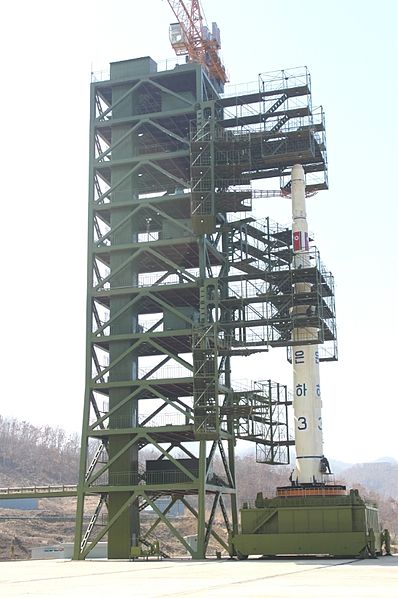 Claimed to be an earth observation satellite, it was intended that the launch of  Kwangmyongsong-3 would mark the centenary of the "Great Leader", Kim Il Sung's, birth. 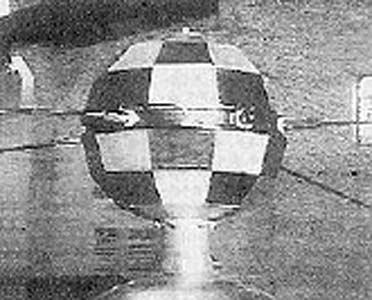 North Korea's first attempt to reach space took place in 1998 with Kwangmyongsong-1 (above). Although the launched failed the North Korean media claimed that it completed more than 100 orbits broadcasting such stirring songs as "the Song of General Kim Jong-Il and "Juche Korea", albeit in morse code. 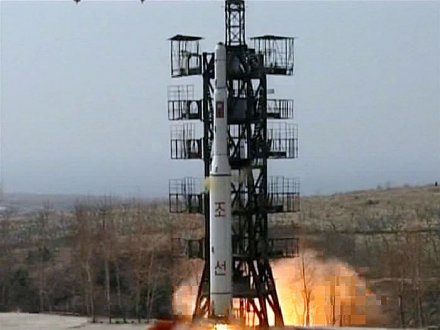 It wasn't until 1999 that North Korea tried another launch. Once again, the satellite, Kwangmyŏngsŏng-2 (launch pic above), failed to reach orbit. This did not stop KCNA issuing a press release claiming success:


The successful satellite launch symbolic of the leaping advance made in the nation's space science and technology was conducted against the background of the stirring period when a high-pitched drive for bringing about a fresh great revolutionary surge is under way throughout the country to open the gate to a great prosperous and powerful nation without fail by 2012, the centenary of birth of President Kim Il Sung, under the far-reaching plan of General Secretary Kim Jong Il. This is powerfully encouraging the Korean people all out in the general advance.

Everone one else, except the likes of Alexandro Cao de Benes and his Korean Friendship Association lackeys, said "it ain't there dude!"

For North Korea third time wasn't lucky. Perhaps it's time to give up and try macrame instead.

Maybe they need a bigger bat.