Back in 1998 I remember seeing the late and utterly unlamented Bernard Manning  on the Mrs Merton show (strange that I watched it in the first place as I did not like Caroline Ahern at all). At one point the disgusting old bigot said "....There were no Pakis at Dunkirk, and Anzio and Arnhem and Monte Cassino..."

Admittedly I have refreshed my memory: the clip was included in a subsequent Timewatch episode concerning the Indian army's role in WWII. If you are desperate you can find Manning's quote here.

Manning probably never let a fact get in the way of his beliefs. While it is true that Indian Army units did not serve at Arnhem (the Indian Army was not called upo to not contribute to Overlord or the liberation of Western Europe) and no major units appear in the Order of Battle for the Anzio landings Manning is utterly wrong about Monte Cassino. There were three Indian Army divisions in Italy and the 4th ID was deeply involved in the fighting at Monte Cassino.

Manning is also wrong about Dunkirk. The Indian contribution to the British Expeditionary Force was small, but quite important.

The Comonwealth War Graves Commission has an interesting article on the Indian Army Service Corps'scontribution to the BEF. 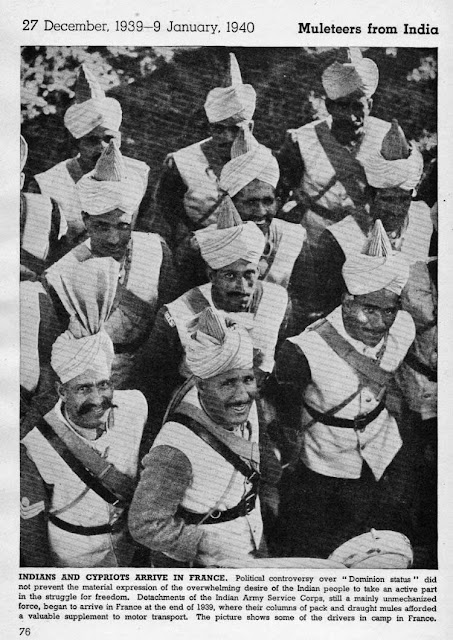 By the start of WWII the British army was  mechanised and had phased out its animal transport companies had been phased out. However, it was decided that mules would of use to the British Expeditionary Force (BEF) carrying ammunition and supplies to forward positions where roads were impassable for vehicles.

As a result each division in the BEF would be provided with an Animal Transport company, each with 400 mules. Four of the required companies came from the Indian Ary Service Corps (two more came from Cyprus). These came from Rawalpindi, part of modern-day Pakistan.

2700 mules were shipped from Bombay to Marseilles without a single loss and operated successfully in France. The German assault on France started on May 10th, 1940 when German armoured units pushed through the Ardennes, breaking the French line and cutting off and surrounding the Allied Units that had advanced into Belgium. 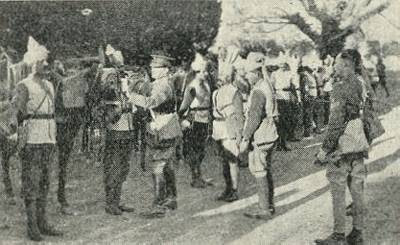 IASC troops somewhere in France
The Indian transport companies, along with the rest of the Allied forces, were ordered towards the coast. Boulogne and Calais were take by the Germans leaving only Dunkirk as the only port of evacuation

Three of the companies were evacuated at Dunkirk but many men of the 22nd Mule Company were captured just short of Dunkirk and became Prisoners of War. Some of them died in captivity.


The British Pathe news archice has newsreel footage of the Indian muleteers in France (here).
According to an article on the BBC website it was decided not to send the Indan units back to Inda, Instead they were initially stationed in Cornwall and then in South Wales. The units were initially re-equipped with French Army horses and then by  mules which had been imported from the USA.
First they were stationed in Cornwall, then Crickhowell in South Wales. On 2 April 1942 they were sent to to North Wales where they spent their time here practising mountain warfare in Snowdonia. The units were then sent to Northern Scotland before fnally returning to India in 1944, seeing considerable service in the Burma campaign. 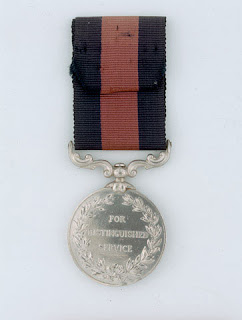 In 2004 the specialist auctioneers  Dix Noonan auctioned an Indian Distinguished Service Medal (an example of an Indian DSM is shown above although it is not the meal in question) for £1100. The Indian DSM was the third highest medal awarded to Indian forces after the Victoria Cross and the Indian Order of Merit. It had been awarded to  junior officer Jemadar Maula Dad Khan for courage displayed in France The citation reads:

On 24 May 1940 when approaching Dunkerque, Jemadar Maula Dad Khan showed magnificent courage, coolness and decision. When his troop was shelled from the ground and bombed from the air by the enemy he promptly reorganised his men and animals, got them off the road and under cover under extremely difficult conditions. It was due to this initiative and the confidence he inspired that it was possible to extricate his troop without loss in men or animals.’

The medal was one of just three awards of the I.D.S.M. for services with the British Expeditionary Force in 1940.