Some readers will probably realise that I am a huge fan of Patrick O' Brian's magnificent Aubrey-Maturin series. While some people who prefer the "cutlass and carronade" of the likes of Alexander Kent's Bolitho series (not that they aren't enjoyable if somwhat lightweight), consider Aubreys and Maturin's adventures to be rather pedestrian or downright boring, I consider O'Brien's books to be at the pinnacle of the naval fiction genre. Anyone embarking on the series should be advised to find a good naval dictionary first as O'Brian does not give quarter when using naval terms! 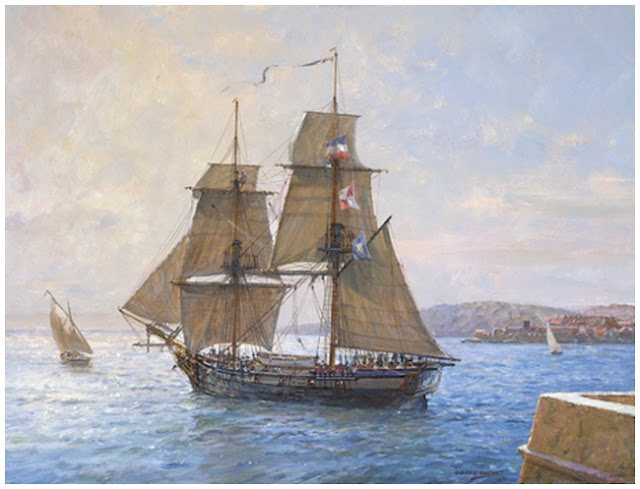 HMS Sophie
His first book Master and Commander, covers Aubrey's first command -  a 14 gun brig sloop called HMS Sophie - and his adventures in the Mediterrranean, his capture bay a squadron under the command of Admiral Linois (see my post of a few days ago concerning the battle of Pulo Auro where Linois was beaten by a squadron of "John Company" merchantmen) just prior to the two battles of Algeciras  and his honourable acquittal at court martial.

These were of course based on HMS Speedy and its last RN commander, Lord Cochrane one of my personal military heroes.The vessel had a long and distinguished career before Cochrane took command.


HMS Speedy was not a powerful  man of war; it certainly was never intended to stand in line of battle or take on a frigate. Armed with just fourteen four pound cannons and a dozen swivel guns it was hugely outclassed by any post ship (A ship of the size to warrant command by a post captain, what we know today simply as the rank of Captain in the navy). That does  not mean to say that ships of its kind did not play a vital role in the Navy.

Speedy was one of two brig-sloops built to the same design by Thomas King of Dover. She and her sister ship HMS Flirt were constructed to provide a small, fast escort vessel with a hull shaped like a cutter. Ordered on 23 March 1781, she was laid down in June that year and launched on 29 June 1782. She then moved to Deptford to be fitted-out and have her hull coppered. 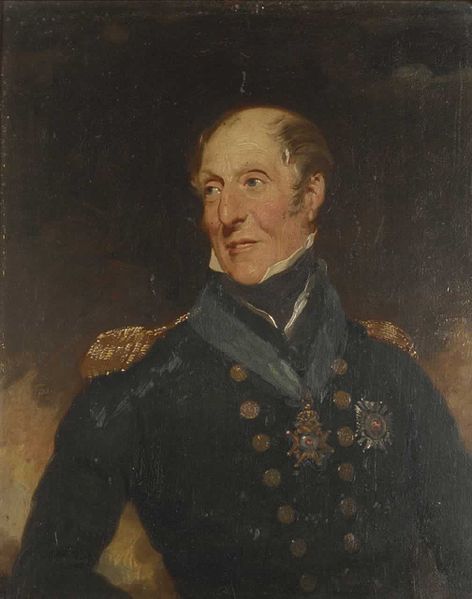 Charles Cunningham later in his career He rose to Rear Admiral rank
Cunningham was sent to join Lord Hood's fleet in the Mediterranean, arriving there in April 1793 and largely employed in carrying despatches and maintaining communications with other ships scattered throughout the Mediterranean ports. On 5 October 1793 Speedy accompanied HMS Bedford and HMS Captain into Genoa, where they captured a French frigate, Modeste, and two armed tartanes. In this action, Speedy sent two boats to board the tartanes while Bedford bombarded Modeste. Captain and Speedy then sailed to the Gulf of Spezia where they took another French frigate, Imperieuse, at anchor. Imperieuse was scuttled by her crew, but was subsequently salvaged and recommissioned as HMS Imperieuse. Cunningham was promoted to post captain and given command of the prize. 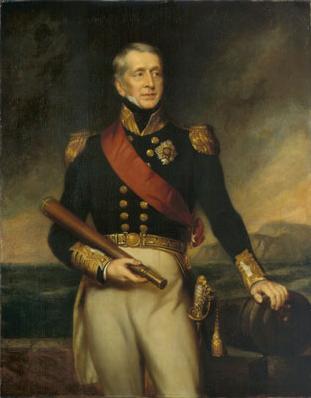 George Cokburn, later Admiral of the Fleet
Cunningham was replaced by Commander George Cockburn. His first duties were limited to carrying despatches and passengers between Toulon and Genoa, after which he was ordered to join Captain Sutherland of HMS Diadem, who was commanding a squadron blockading Genoa. While other ships in the fleet were dispersed Speedy was the only vessel to remain on station. Indeed, while single-handedly maintaining the blockade, she had managed to capture several vessels. Cockburn was rewarded with an acting commission as post-captain of the frigate HMS Inconstant, followed a month later by a permanent command of the frigate HMS Meleager. He finaly reached the pinnacle of Royal Navy command as Admiral of the Fleet in 1851, two years before his death.

Commander George Eyre took over command of Speedy in February 1794 and supported the siege and capture of Bastia, after which Eyre was ordered to join Diadem off Nice. While making his way there on 9 June, he ran into a French fleet under Rear-Admiral Pierre Martin. Eyre attempted to escape, but the wind and sea favoured the larger vessels, and Speedy was chased down and captured.

Eyre and the crew were imprisoned first in Antibes and later in Aix-en-Provence suffering considerable ill treatment. A month later with the end of the Reign of Terror the crew were paroled. Eyre was finally exchanged in May 1795. He was subsequetly acquitted at court martial for the the loss of Speedy and eventually reached the rank of Vice Adniral of the Red (The highest of the sub sections of the rank --bBlue, White and Red).

What do you know! I am too a bit of O'Brian's fan, although part of my missing teeth is due to the nautical terms in his book. And thanks for the enlightening series!

He doesn't take prisoners does he! It is a fascinating tale isn't it?