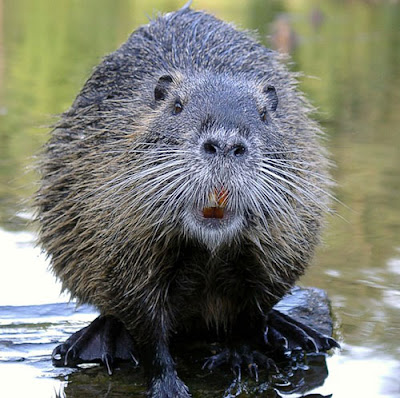 One of these plus a lot of chums are responsible for creating an awesome mega structure...

Researcher Jean Thie said Wednesday he used satellite imagery and Google Earth software to locate a dam, which is about 850 metres (2,800 feet) long on the southern edge of Wood Buffalo National Park. This is massive compared to a typical beaver dam in which can range between 10 and 100 metres long. It is very rare that dams reach 500 metres. 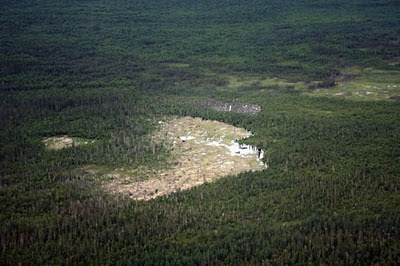 First discovered in October 2007, the gigantic dam is located in a virtually inaccessible part of the park south of Lac Claire, about 190 kilometres (120 miles) northeast of Fort McMurray.

Construction of the dam likely started in the mid-1970s, said Thie, who made his discovery quite by accident while tracking melting permafrost in Canada's far north.

Thie said he recently identified two smaller dams sprouting at either side of the main dam. In 10 years, all three structures could merge into a mega-dam measuring just short of a kilometer in length, he said.

“It's a unique phenomenon," he said. "Beaver dams are among the few animal-made structures visible from space."

North American beavers build dams to create deep, still pools of water to protect against predators, and to float food and building materials.

A 652-meter structure in Three Forks in the US state of Montana previously held the record for world's largest beaver dam.

What a good-looking fellow! I'm proud as a beaver about the news. Nothing sluggish about us, in Canada...Sending this to my grankids. "Get your bodies moving, little buddies. You don't want the beavers to outdo you, do you?"

Haha Claudia but beware the title can be seen as rather crude!

Yes but can a beaver be litter box trained. We do not think so

I have to admit the headline got me!!

I couldn't resist it!