Andorrans in Mars face cover up

There are those who believe that the world is controlled by reptilian aliens in human form; others who believe that it's the Bilderbergers and the Rosicrucians that hold the reins of power.

In reality every event on the planet is controlled by the population of one tiny Pyrenean state known as Andorra. If the Argentines recapture Falkirk then you can bet your bottom dollar that the Andorrans were behind it. Lose a sock in your laundry and the Andorrans did that too.

For no good reason that can be established the Andorrans took umbrage when the Viking mission took photos of the Cydonia region of Mars and found the famous face. 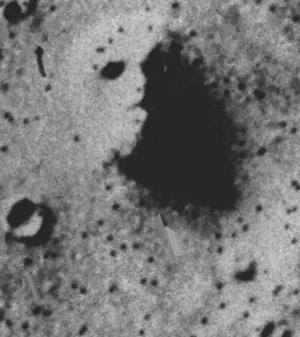 It is certain that a number of people at Nasa got disappeared to beyond the French and Spanish border for that mistake. Since then they have done everything in their power to rubbish the idea that the face is evidence of an ancient civilisation.

Now it seems that the Andorrans have won. The latest high definition images of the area show that the face is just a mesa. 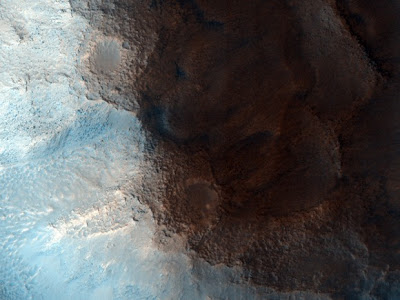 We have managed to confirm that the Andorrans are a terrestrial people with no known alien contacts so why they are trying to cover up the existence of the face is a total mystery. I fear that the truth is too horrible to contemplate....
Posted by jams o donnell at 9:17 pm

Email ThisBlogThis!Share to TwitterShare to FacebookShare to Pinterest
Labels: Cydonia, face on mars

Considering recent mysterious ongoings I'd not be surprised Boltzmann were the mastermind behind all these mysteries.

Thanks for clearing that up Jams (although I'm now very worried about the Argentines invading Falkirk).

I don't think that we live in the same world. But you may stay, all of you...

If they'd let me go and live in Andorra I'd promise to keep all their secrets.

Sean, you realise that you have let the cat truly out of the bag. It was nice knowong you!

I would make sure that the militia are ready and prepared to face the Argentine onslaught.. They are coming!

Ah Claude, we live in a happy place in our heads.. join us, you won't regret it!

Sadly it doesn't work that way Susan but with that level of interest I am sure you will be contacted with a view to becoming a key agent in North America!

It's not for nothing that P.W. Botha was known as "die groot krokodil".

Haha, I would have thought the Big bastard was more fitting!

Great - if we sacrifice Falkirk to the Argentinians, do you think they'll leave the Falklands alone?

I went to Andorra once. Strange place.

At that time they sold the cheapest cigarettes and booze in Europe. The entire economy appeared to be based on smuggling.

Until a few years ago the cheap fags would have been a magnet.. not sure about the sewage though

Ach, Jams, I thought that you know better by now ;-)