Did an Irishman save Hitler’s life? 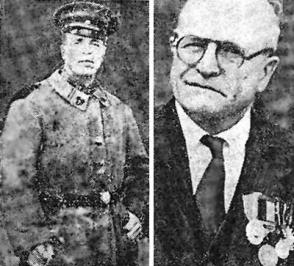 One of the very minor backwaters of WWI was the German attempt to form an Irish brigade from prisoners of war. Very little has been written about this story – the first I ever heard of the Brigade was in the early noughties when I bought a book by Adrian Weale called Patriot Traitors, by Adrian Weale. The book chronicled the lives and activities of Sir Roger Casement in WWI and John Amery in WWII. Both were convicted of treason and were hanged.

There is not much about the WWI Irish Brigade on the internet except for one excellent site Irish Brigade. That does make up for the dearth of information elsewhere.

Why am I interested in such a minor event? Apart from my predilection for the ripples of history, my grandfather would certainly have been one of the Irish POWs the Germans tried to recruit (as stated several times before My father Joseph XXXXXX was taken prisoner at Etreux during the BEF’s retreat from Mons. Etreux was where a few companies of the 2nd Munsters, along with some Hussars and Horse Artillery held up a whole German Corps for the best part of a day, thus putting vital miles between the German advance and the British retreat). My grandfather did not heed Casement and remained a POW for the rest of the war.

Interstingly the Belfast Telegraph carried an article on 6 August in which it stated that the memoirs of Michael Keogh, one of the Irish Bridage members, had just been published.

Dubliner Michael Keogh had an adventurous life. In 1906 he went to the United States where he studied engineering. He joined the 69th Regiment of the National Guard. In 1910 he fought in Oklahoma against Mexican invaders (the site says El Paso). He then went on to work on construction of the Panama Canal.

Returning to Ireland in 1914 (site says 1913) he joined the British Army (the 2bn Royal Irish Regiment) before being captured by the Germans in 1916 (wrong, it was 1914). While in captivity he joined Roger Casement's Irish Brigade.

The detailed accounts of Mr Keogh's life, written after his experiences, mysteriously disappeared while he was on his deathbed in James Connolly Memorial Hospital in Blanchardstown in 1964. According to his son Kevin (84), who lives in Swords, north Co Dublin, a man "dressed as a priest" took them from under his pillow two days before he died. The files were eventually found in the UCD archives and given back to the family in 2004.

The memoirs report a chance encounter with a young Adolf Hitler that changed the course of history. Shortly after the Great War Mr Keogh stayed in Germany. While serving in the German Free Corps (Freikorps), fighting against Communist rulers who had declared a short-lived Bavarian Soviet Republic in April 1919, he recalls leading a military operation to save the life of the future German tyrant.
He had earlier met Hitler in September 1918 near Ligny on the French Border, where the pair were in the same Bavarian Regiment.

In his memoirs he describes how, as the officer on duty during the anti-Communist revolution, he received an urgent call about a riot involving 200 men and two "political agents", one of them being Hitler, in a nearby gym.

"I ordered out a sergeant and six men and, with fixed bayonets, led them off on the double."

Mr Keogh explained that two political agents, who had been lecturing from a table top, had been dragged to the floor and were being beaten.

"The two on the floor were in danger of being kicked to death. I ordered the guard to fire one round over the heads of the rioters. It stopped the commotion."

The group of soldiers managed to haul out the two injured politicians.

"The crowd around muttered and growled, boiling for blood," he added. "The fellow with the moustache gave his name promptly: Adolf Hitler.hey had come to the barracks as political agents for the new National Socialist German Workers' Party."

Pity he didn’t let Hitler get beaten to death.. who knows what course history would have taken...

The book in question is “With Casement’s Irish Brigade”. I certainly feel a purchase coming on
Posted by jams o donnell at 11:50 am

A fascinating story indeed. I guess Hitler was replaceable in any case, still it's a pity.

There weren't many interchangeable maniacs around back then.

Glad you thinks os. I wonder if someone would have filled that role Snoopy

Enough to cause a lot of deaths ultimately Susan. Then again one is far too many