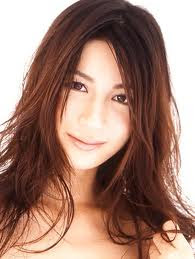 The Fortean Times breaking news service is a gold mine for blog posts. Today it carries a report from the Korea Times concerning what is euphemistically described as a “Japanese AV star”

Apparently Suzuki, 24 who is claimed to hold a doctorate in Sino-Japanese history, is having sex with Chinese students as a way to apologize for her country's invasion of China.

She said "We have to respect history and cannot obliterate it. I want to cure the wounds of Chinese with my body, and I am practicing this by having sex with Chinese students in Japan," she said. "I think it is psychological compensation to them. Actually, Chinese students treat me more friendly and comfortably than Japanese."

Unsurprisingly it is a hoax
Suzuki herself has refuted the story totally pointing out that she’s a high school graduate and has never even attended university, let alone earned a doctorate. The only part of the story she seems to agree with is the fact that she’s appeared in adult videos.

Sex for war crimes? It is certainly something that could set a precedent for reparations at the War Crimes Tribunal at the Hague! I’m not sure who would want a quickie with Radovan Karadjic though....
Posted by jams o donnell at 12:25 pm

Britain has a lot to atone for too, with the British Empire and all that. Get in touch with us for your reparations (young) ladies...

Andrew is better change his photo if he wants any answer from (young) ladies. Actually, even (old) ladies would not be tempted. Alas! sorry to say that the original wasn't much better....For (old)ladies, I mean. Young ones are a bit strange, at times, and might like the Yul look. I'll make a survey.

Good god Andrew they will be queuing all the way to Nottingham Andrew... get some Viagra!

Hey d'you think Naomi Campbell tried to make up to Charles Taylor, President of Liberia for British colonization of Africa..? I heard they were flirting like nobody's business the evening before he gave her a "massive diamond"... (not just three "dirty-looking stones")...

Leaving aside the veracity or otherwise of that statement about me, Jams, I am deeply troubled that it is you who said it. There does, however, seem to be a queue forming outside, so please excuse me for a while. I have a lot to make up for. And I wonder, was James meaning the lady or me?

Andrew , fear not I was talking about your reputation and not my carnal desires, honest!

It sounds like she has left a fair bit out of her testimony Gledwood... I hope she would not stoop so low despite being a venal person.

I will be off toot sweet to see your hammies!

This could be the beginning of an entertaining trend in international relations.

This could be fun! Angela Merkel will be busy!

The second part of the post was a big letdown. My dirty mind was already in overdrive, checking the possibilities, and then...

Ah sorry Snoopy... Still it's bound to happen to us one of these days!