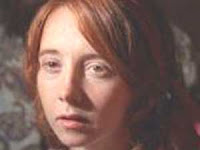 The Times reports that Lynette “Squeaky” Fromme, the Charles Manson follower who tried to assassinate President Ford, was granted her freedom yesterday after spending more than three decades in prison.

Fromme was 26 when she pointed a semi-automatic .45 pistol at the President in 1975. The assassination attempt took place in Sacramento, California, as Ford was strolling from the State Capitol building to his hotel.

Dressed in a nun-like red robe, Fromme drew the weapon from a holster on her thigh and aimed it at the President as he shook hands with supporters. She was disarmed by Secret Service agents and members of the public before the President could be hurt — although it was later found that the gun had no bullet in the chamber. It did, however, contain a clip of ammunition.

Fromme, now 60, was investigated but never charged with involvement with the murders of Sharon Tate and eight others , but she was convicted of attempting to stop other members of Manson’s “family” from testifying, as well as contempt of court when she refused to testify herself.

She managed to escape from a female prison in Alderson, West Virginia, in 1987 prompting a huge search operation. She was eventually recaptured about two miles away and then sentenced to an additional 15 months in prison for the escape.
Posted by jams o donnell at 3:12 am

Anonymous said...
This comment has been removed by a blog administrator.
4:48 am

Actually she should be placed in a nice mental health facility for the reminder of her days.

One of the other ones, Leslie van Houten, will probably not be released.

Not sure what her mental health state is. She must be pretty institutionalised by now

The others? probably not James. Susan Atkins comes up for a heaing soon. she has terminal cancer, is paralysed and ca't feed herself. She might get the chance to die free. On the otehr ahnd she might not...