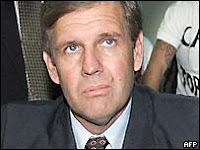 Sadly we had him in captivity during the Falklands War. We should have packed his sorry arse off to France or Sweden to face trial for the murder of the nuns or Hagelin but we did not,. Sady the Geneva Convention did not allow for this. 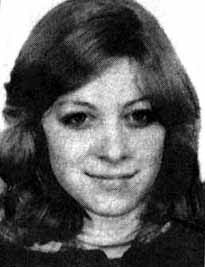 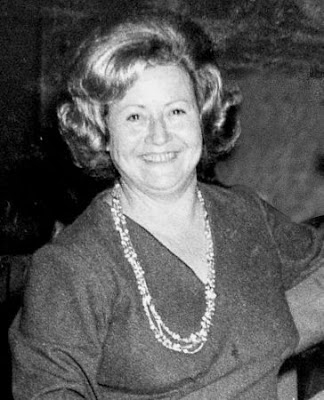 Victim Azucena Villaflor
Anyway the good news is that Astiz is at long last facing trial accused of multiple crimes that include the killings of Domon and Duquet and the disappearance of an Argentine journalist.

I hope the bastard rots in jail then rots in Hell
Posted by jams o donnell at 9:08 am

And an amen from me too Kay!

And still, like with Menendez (and others) no bit of mens rea.

THere's still time to mete out justice on these animals.. even if 30 years too late

as an argentinean i am terribly ashamed of having had such pieces of shit in my country.i think justice would be to do to them the same they did to others,with the only difference that they truly deserve to die.

Astiz was released from British custody during the Falklands War not because of any Marines captured by the Argentine forces, they were repatriated back to the UK before Astiz was captured.

He was returned simply because the Geneva Convention demands as much.

To my regret, I was one of the Marines who captured him on South Georgia and for the best part of a day I had him under guard. However being unaware of his history I and my colleagues treated him well. Had I known of his past it would have been so easy to have had an unfortunate accident.

I doubt a single tear would have been shed if he had had an accident.

Seriously while I would not advocate the use of any of his evil techniques on hiself, I hope the shit stain rotes in prison until the day he dies = very old and very miserable

I come from the same country as Dagmar Hagelin- Sweden.
I grew up with the media always reporting and asking about her whereabouts and we all followed her poor father struggling for justice.
I hope that Astiz and his gang will not be released from the prison and that they will rot in hell for what they did to Dagmar and all the others.

I agree Anonymous. I hope he rots well into old age in prison