Good news on the libel front 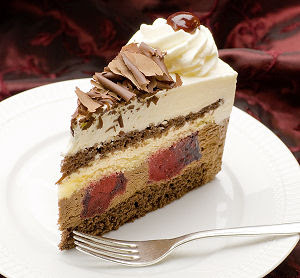 Alex Hilton, star of the Labour blogosphere and Labour candidate for Kensington & Chelsea, won a minor victory in the High Court this week, in a case which illustrates how easy it is to get sued for libel in the UK. He owns the website Labourhome, on which another Labour blogger, John Gray, wrote about a political activist named Johanna Kaschke, who left the Labour Party in 2007, to join George Galloway's Respect Party, then joined a communist party of some description, and since autumn 2007 has been an active Conservative. In 1975,

Kaschke was falsely suspected by the German police of links to the Baader Meinhof terrorist gang. She was arrested, but eventually released and awarded compensation. She objected to having this old story dug up on LabourHome. Hilton removed the post and offered right of reply, but she decided to go to court. She lodged five complaints, but this week, the court struck out four. One point m'learned friends may yet have to deliberate, seriously, is whether it is actionable to describe someone as "one cherry short of a Schwarzwalderkirschtorte".

I have written about this idiotic case before. In my view it underlines the sheer and utter stupidity of our libel laws. How the hell can one be libelled for stating items of record? Kaschke was suspected of support for the Baader Meinhof, she did take a strange journey from Labour to the Tories

As for the “one cherry short of a Black Forest Gateau” comment. Oh come on! I hope that this final aspect of her spurious claim is treated with the same contempt by the law courts and as quickly as possible.

My thanks to Modernity blog for this.

It's coming up to afternoon tea time and that gateau looks wonderful.

Yep! Would love a slice of that cake...Libel laws are probably made by lawyers. One of my brother's favourite jokes was, "Things are a bit slow, Claude. Anything big you would like to complain about in court?"

How did she go from labor to the torries? That's the story I want to hear. Was she taken prisoner and water-boarded?

Don't choose one that's a cherry short James or you may be in court too!

Haha Claudia! Over here you could make a small fortune from the libel industry.. strating out with a large on that is!

I think it's because Jaschke is a mad mental moonbat Pouty!

If I say, "Your blog is shite" will you sue me?

Now there's a blog meme in the making. Tag 5 people and libel them and get yhem to libel five more!

Brill idea. Think I could libel a lot more than 5 though.

I love it. What a game! I better stop here.

Funny! I love reading your responses as much as your posts.

I try my best Pouty!

Which cherry? That makes a big difference to the success of the torte.

I would suggest that the court have a taste test to determine the verdict.

It illustrates why the UK needs legal protections similar to the US First Amendment. The UK has become a joke where people like David Irving can make a mockery of the legal system.

In this case and the Irving case the abuse of the legal system to silence political speech is appalling.

Haha Bryan, I am sure it does make a big difference!

I agree Beakerkin. It is something we could really do with rhather than this idiotic livel system we have.

"...whether it is actionable to describe someone as "one cherry short of a Schwarzwalderkirschtorte".

It sure is, if a person is two cherries short... I would die right now cheerfully for a slice of good Schwarzwalderkirschtorte, by the way. And I blame you, Jams, for doing it to me with that picture...

If your lwayers contact my lawyers I am sure we can sttle for a couple of Gateaux!