Iran admits that protestors were murdered in prison 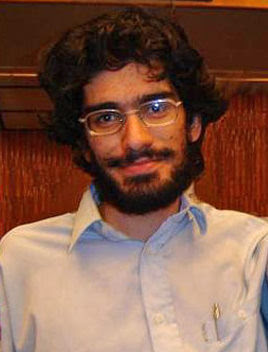 Mohsen Ruholamini, murdered in Kahrizak
The Iranian judiciary has finally acknowledged that at least three prisoners detained after June's disputed presidential election were beaten to death by their jailers, despite months of repeated denials by police and other authorities that the deaths of protesters in Iranian custody were caused by abuse and not meningitis as they tried to claim.

12 officials at Kahrizak detention centre have been charged with offences, of which three of them have been charged with murder. The prison, in southern Tehran, was at the centre of the opposition's claims that prisoners were tortured and raped in custody. The claims forced the supreme leader, Ayatollah Ali Khamenei, to order closure of the facility.

Meanwhile over here, the Congress almost unanimously approved sanctions against companies exporting refined petroleum to Iran. And what do you think Obama's reaction was to that? He wants to play nice. Can't we all just get along, his teleprompter was heard to whine. After all, he did win the peace prize and he has to worry about what the world thinks instead of what the people here think. I could write a dissertation.

Holding back was the right thing to do in June.. Now? I'm not too sure

Amen to that (the last sentence of the post, I mean).