It comes as no surprise to see Iranian foreign minister Manouchehr Mottaki resorting to Uncle Napoleonism as a result of the protests over the weekend. He did the same back in June. The fighting talk came as a bit of a surprise though... 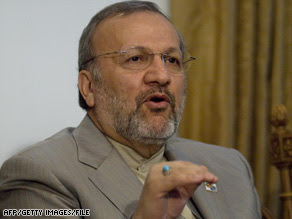 Manouchehr "razors" Mottaki
In a response to Foreign Secretary David Miliband who hailed the "great courage" of the protestors, Mottaki threatened to punch us in the mouth.

Predictably the regime has blamed the West for the protests: “( the protesters)should not be encouraged by a few... statements by certain countries. They should not pin their hopes on them. Britain will receive a punch on the mouth if it does not stop its nonsense. ... It’s true I’ll bleeding have that wanker Miliband for breakfast. I boxed in the army you know“ 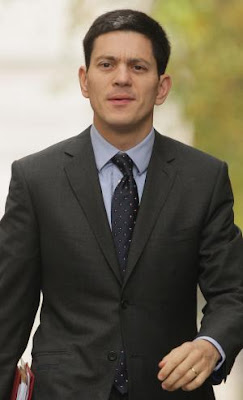 David "Mental" Miliband
Mr Miliband had condemned the lack of restraint shown by Iranian security forces, saying "The tragic deaths of protesters in Iran are yet another reminder of how the Iranian regime deals with protest... Ordinary Iranian citizens are determined to exercise their right to have their voices heard. They are showing great courage. Anyway I can take that long streak of paralysed piss Moutaki any time, him and that fucker Larijani”

Miliband paid for his university studies by working as a cage fighter. He is also known to have a hair trigger temper, as Silvio Berlusconi discovered to his cost recently when he has hospitalised after spilling Miliband’s pint.

There is only one solution to this and this is a fight, Two Foreign ministers enter the arena, only one leaves!
Posted by jams o donnell at 1:47 am

The Islamic regimes have the surefire scapegoat in the west - all the ills of their constructivist state can be shifted sideways to get the heat off them.

No doubt the foreign minister is hearing a lot these days. After railing at the USA and Israel the question becomes what have you done at home.

I hope this ends better than Tienanmen Square but I doubt it.

And a very happy new year to you too ANya!

That is true, James. Britain has a long history of being a scapegoat for Iran's ill... THen again it did cause a fair few of them in the past! But that's the past

Of course they deserve better and I hope they get it. I fear what may happewn next but the people can't not protest for fear of worse

Amen to that. Are you receiving bets, Jams?